A female journalist was hounded on Twitter by actor Vijay's fans. He said, "I respect women a lot. Everybody has the right to criticize anyone's film" 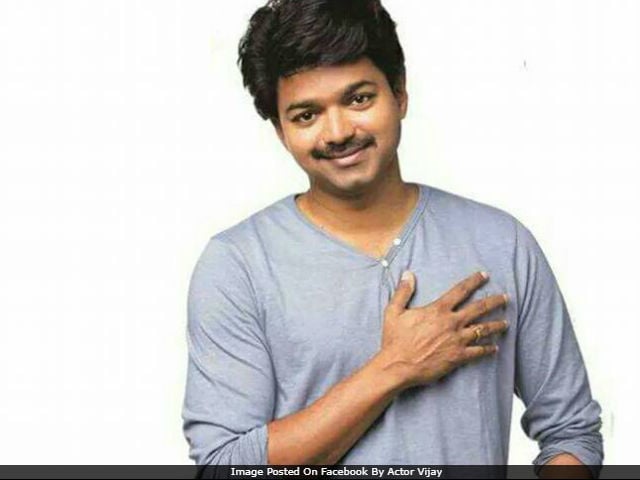 New Delhi: Tamil star Vijay has issued a statement deploring "hurtful comments against women on social media" after a female journalist was hounded on Twitter by the actor's fans. Vijay's statement, carried by IANS and other news agencies, reads: "I respect women a lot. Everybody has the right to criticize anyone's film. I believe no women should be spoken of in a demeaning way no matter what happens. We all have to praise womanhood. Nobody should pass hurtful comments against women on social media." The 43-year-old actor's statement is believed to be a response to the vicious abuse directed at journalist Dhanya Rajendran after she criticised a film Vijay starred in.

For a week now, Dhanya Rajendran has been viciously trolled and bombarded with vile and explicit sexual abuse for a tweet in which she said she walked out of Shah Rukh Khan's new film Jab Harry Met Sejal and that the only other film she's ever left early was Sura, a 2010 release starring Vijay. As the actor's fans banded against her, Ms Rajendran deleted her tweet, leaving this post in its place:

OMG. I was only venting my frustration at that stupid movie. Not trying to start a war. Deleted tweet. Go sleep, Vijay fans

Over the next few days, Ms Rajendran has been called a 'prostitute' and worse.

Weeks ago, actress and singer Suchitra Krishnamoorthi was similarly slut-shamed on Twitter after tweeting about the early morning azaan or Muslim call to prayer. Like Ms Rajendran, Ms Krishnamoorthi also went to the police.

Both women have received messages of support from various quarters online.

Promoted
Listen to the latest songs, only on JioSaavn.com
Vijay's fans on social media have a reputation for ferocity, conducting ugly feuds with fans of rival actor Ajith. This is, however, the first time Vijay has intervened.