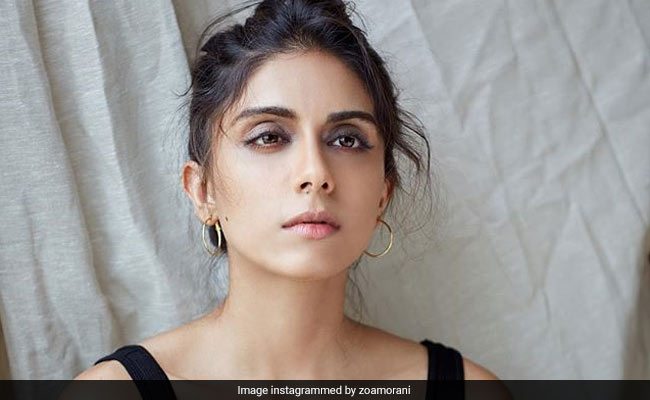 A day after producer Karim Morani's younger daughter Shaza tested positive for Coronavirus, his elder daughter, actress Zoa Morani, has also tested positive for the virus, a family source told news agency PTI. Zoa, who returned from Rajasthan around mid-March, showed symptoms of the virus but she tested negative when she got herself checked along with her sister Shaza yesterday. However, later in the day, her results showed that she also has the virus. Speaking to PTI, a family source revealed that Zoa is currently admitted to Kokilaben Dhirubhai Ambani Hospital while Shaza is in Nanavati Hospital, both in Mumbai. Zoa's parents have also been tested for the virus and they are waiting for their reports.

"She (Zoa) had tested today (Monday) for COVID-19 and her results came out positive by evening. She is in Kokilaben Dhirubhai Ambani Hospital, whereas Shaza is under medication at Nanavati. Shaza will be tested again after two days. As of now, the immediate family, house helps are also getting tested. They are all under quarantine," the source told PTI.

On Monday, Karim Morani confirmed that Shaza, who returned from Sri Lanka in the first week of March, tested positive for COVID-19 despite not showing any symptoms of the virus. "Shaza had no symptoms but has tested positive. Zoa, my other daughter, has a few symptoms so we got both of them tested. Zoa, however, tested negative. Both have been admitted to Nanavati hospital. They are in isolation and under observation," Karim Morani was quoted as saying by PTI.

Zoa Morani started her career in the film industry as an assistant director for the 2007 film Om Shanti Om. She made her acting debut with the 2011 film Always Kabhi Kabhi, produced by Shah Rukh Khan. She has also appeared in Kunal Kemmu's film Bhaag Johnny.Karim Morani has produced many Bollywood films such as Ra.One, Chennai Express, Happy New Year and Dilwale.