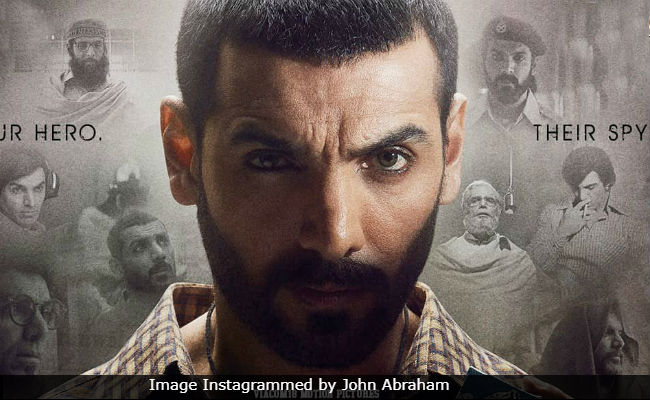 We were not even over John Abraham's first look as Romeo from his forthcoming film Romeo Akbar Walter and the makers of the film shared another look from the picture. John Abraham, who plays the lead role in the espionage thriller, shared a picture from his second look from the film. The Satyameva Jayate actor also revealed that the film's teaser will be out on Friday. In the picture, John Abraham can be seen dressed in a checked shirt and can be seen sporting kohl-rimmed eyes and intense is how we would describe his look. John captioned the post: "His mission to protect the nation is now his obsession. Presenting 'Akbar' from Romeo Akbar Walter, based on the true story of a patriot. Teaser out tomorrow."

Check out John Abraham's second look from the film here:

On Wednesday, John Abraham unveiled the first look from the film. In the picture, the actor could be seen dressed in a checked shirt, a sleeveless sweater and could be seen posing with a cigarette. "One man. Many faces. One mission - to protect his country. Presenting 'Romeo' from Romeo Akbar Walter, based on the true story of a patriot," read the caption on John Abraham's post.

Besides John Abraham, Romeo Akbar Walteralso stars Mouni Roy, Jackie Shroff, Suchitra Krishnamoorthi and Sikandar Kher. The film has been directed by Robbie Grewal and it has been co-produced by Viacom 18 Motion Pictures, KYTA Productions and VA Film Company. The film went on floors in June last year. John announced his association with the project by sharing a picture from the sets of the film and wrote: "And the journey begins."

Before John Abraham was zeroed in to play the lead role, Sushant Singh Rajput was cast in the film. However, the Kedarnath actor quit the film due to "unavoidable circumstances."

Romeo Akbar Walter is scheduled to release on April 12, 2019.