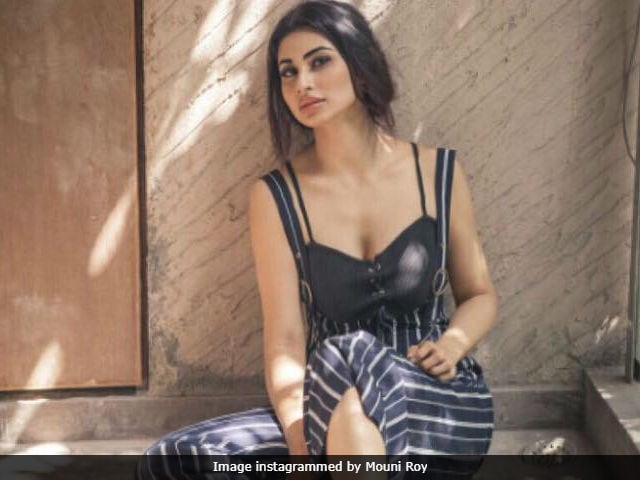 New Delhi: Television actor Rithvik Dhanjani posted a mushy video of his girlfriend Asha Negi, which caught Mouni Roy's eye. The Naagin actress, who reportedly broke-up with boyfriend Mohit Raina, appointed herself as a love guru and advised Rithvik never to 'take Asha's love for granted.' In the comments section, Mouni wrote: "She is a keeper. Always be thankful you have her. Never take any of her love for granted." Rithvik reply will win your heart. He said: "Something that contributes to the purpose of my being, could never be taken for granted." We are rooting for Rithvik and Asha.

Here's Rithvik's post, which he captioned: "Just see her through my eyes and you'll see magic smile right back at you. #mesmerizingeyes"

just see her through my eyes!! and you'll see magic smile right back at you!! #mesmerizingeyes . . . @kenghosh19 this film is out

And here's a screenshot of Mouni Roy and Rithvik's conversation:

Promoted
Listen to the latest songs, only on JioSaavn.com
A mid-day report stated that Mouni Roy and Mohit Raina, co-stars of Devon Ke Dev...Mahadev, have stopped commenting on each other's posts on social media and have unfollowed each other on Instagram - an example of things falling apart. Mouni Roy is all set for her Bollywood debut in Reema Kagti's Gold, co-starring Akshay Kumar.

Rithvik Dhanjani and Asha Negi capitulated to fame after winning Nach Baliye 6 in 2005. They co-starred in Ekta Kapoor's Pavitra Rishta. Asha has also featured in shows like Bade Acche Lagte Hain and Ek Mutthi Aasmaan while Rithvik is also known for his role in Bandini. Rithvik and Asha have also participated in reality show Fear Factor but separately. Rithvik participated in season 8 this year.