Asha Negi And Rithvik Dhanjani, Who Co-Starred In Pavitra Rishta, Split Up: Report

"Apparently, they are currently on a break and are trying to see if it can go any further," revealed a source 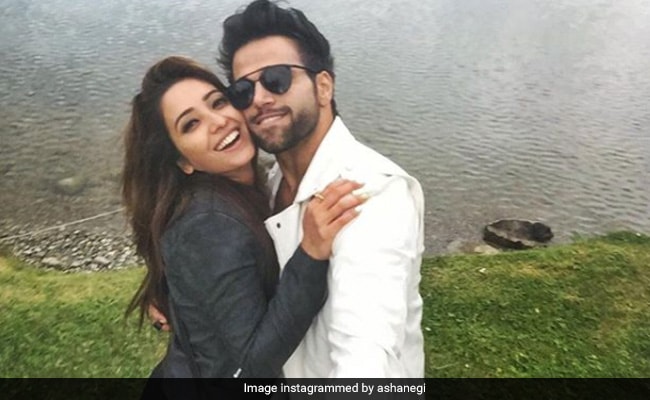 Television couple Asha Negi and Rithvik Dhanjani, who co-starred in television show Pavitra Rishta, have parted ways, according to a recent Pinkvilla report. The couple, who first met on the sets of the show, dated for over six years before taking a break from their relationship, stated the report. The publication quoted a source as saying: "The two have been dating each other for the longest time but things haven't been too well between the two, of late. Apparently, they are currently on a break and are trying to see if it can go any further. But, the dent is already being felt by close friends." However, neither Asha nor Rithvik have reacted to the report.

After working together in Pavitra Rishta, Asha Negi and Rithvik Dhanjani also participated in the dance reality show Nach Baliye 6 in 2013, the same year in which they announced their relationship. On Rithvik's birthday last year, Asha Negi posted a picture of the duo and wished him like this: "Happy birthday, mad one! Thank you for being you."

Happy birthday mad one! Thankyou for being YOU @rithvik_d

On the work front, Asha Negi started her career as a model and later made her TV debut in 2010 with Star Plus' Sapnon Se Bhare Naina. She has featured in a number of television shows such as Bade Acche Lagte Hain, Shubh Vivah, Hitler Didi, Qubool Hai, Ek Mutthi Aasmaan, Kumkum Bhagya and Kuch Toh Hai Tere Mere Darmiyaan. Rithvik Dhanjani has been a part of shows like Pavitra Rishta, Pyaar Kii Ye Ek Kahaani and Kumkum Bhagya.