After Not-So-Shaandaar Response, Alia Bhatt is 'Moving On' 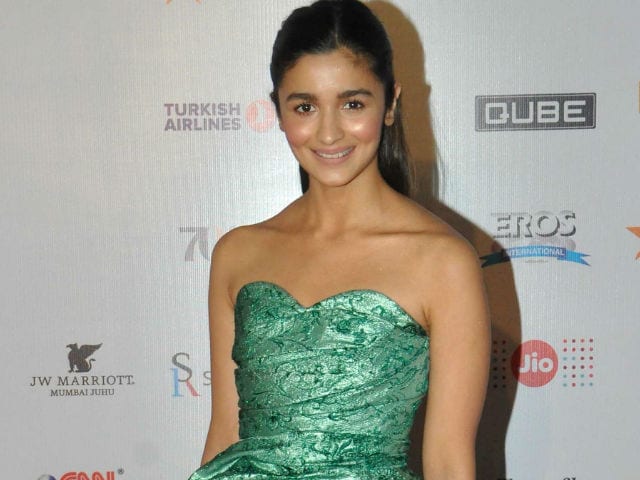 Mumbai: Alia Bhatt is "disappointed" with the debacle of Shaandaar, but the actress doesn't believe in brooding over the past. Embracing the failure, Alia said that she is trying to "move on".

Daughter of popular filmmaker Mahesh Bhatt, who stepped made her Bollywood debut with 2012 film Student Of The Year, has scaled new heights of success with each of her films - be it Highway, 2 States or Humpty Sharma Ki Dulhania.

Vikas Bahl's Shaandaar is her first movie which has failed to work.

When asked to comment on the cold response that Shaandaar has generated, Alia said: "Of course, there is disappointment. It's a first for me. I'll take this in my stride and move on." (Also Read - Alia Bhatt on Shaandaar: Vikas Came to Me With Only Five Lines)

The actress shared her views at the opening ceremony of the 17th Jio MAMI Mumbai Film Festival here.

Shaandaar, which marked Shahid Kapoor's first film after his marriage, was a fantasy drama film with a backdrop of a destination wedding. Released on October 22, it also features Sanah Kapoor, Sushma Seth and Pankaj Kapur.

Meanwhile, Alia has a lot to look forward to. She has some big films like Udta Punjab, Kapoor And Sons and Shuddhi in her kitty.