After Naam Shabana, There Might Be More Baby Spin-Offs 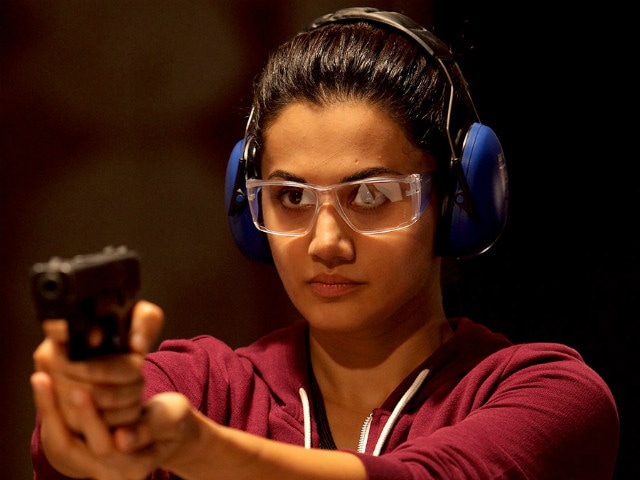 Taapsee Pannu in a still from Naam Shabana

New Delhi: The makers of Team Naam Shabana are reportedly considering making more films based on the characters originally featured in 2010 film Baby, according to a report in Mid-Day. According to a source, the makers of Taapsee Pannu's new film, Naam Shabana wants to "explore" the making of characters appearing in Akshay Kumar's Baby. "The original film featured a strong ensemble cast and there is a potential to explore the backstory of each of them. The makers have decided to explore that possibility," Mid-Day quoted a source close to the Team Naam Shabana as saying. Naam Shabana is actually a prequel of sorts of Baby and tracks the story of secret agent Shabana Kaif, played by Taapsee, and her eventual inclusion in Akshay Kumar's team.

Now, actor Anupam Kher, who played the role of a senior cop named Shukla Ji in Neeraj Pandey-directed Baby, hopes for a spin-off based on his character, reported Mid-Day. "It's an interesting idea. It would be exciting if the next spin-off on Baby is made on my character, which I feel has great potential. It'd be great to see the bonding between my character and Akshay's," Mr Kher told Mid-Day.

Promoted
Listen to the latest songs, only on JioSaavn.com
Meanwhile, the trailer and promotional videos of Naam Shabana reveal that Taapsee is the true star of the film, which reunites of the ensemble cast of Baby with Akshay Kumar, Anupam Kher, Madhurima Tuli and Danny Denzongpa reprising their roles. Manoj Bajpayee, Elli Avram and Prithviraj Sukumaran are the new cast members.

Directed by Shivam Nair, Naam Shabana is produced by Neeraj Pandey and is scheduled for March 31.