"Happy Anniversary my love, to many, many more to come," wrote the actor 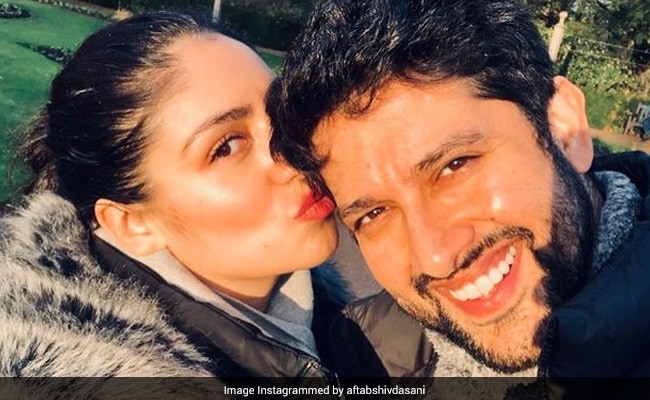 Happy anniversary, Aftab Shivdasani and Nin Dusanj. The duo, who got married on June 5 in 2014, celebrated their wedding anniversary on Saturday. To wish his wife, Aftab Shivdasani selected two adorable pictures of themselves to post on social media. The couple can be seen twinning in black outfits in the pictures. Aftab borrowed a quote by author Atticus for the caption and wrote: "'Close your eyes and picture the sun. That's what it felt like to love her; warmth'." In his greeting, the actor added: "Happy Anniversary my love, to many, many more to come. Love, happiness and bliss."

Aftab and Nin Dusanj had a court marriage in 2014 and they renewed their wedding vows in a traditional ceremony in 2017.

The couple welcomed their baby daughter in August last year.

The actor was last seen in web-series Poison 2.