Aditya Roy Kapur: I Always Knew I Was Hero Material 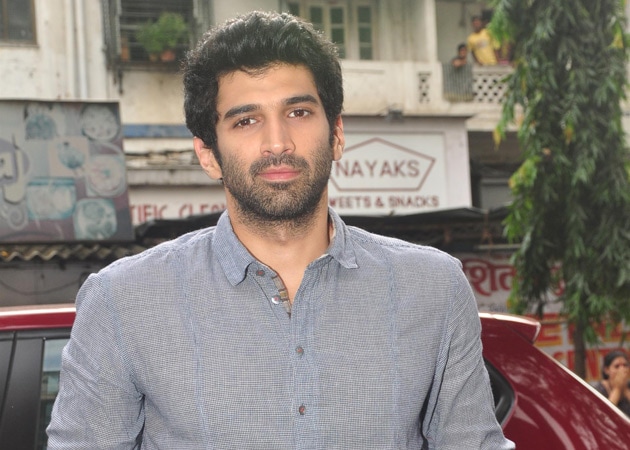 Having started his film journey with supporting parts, Aditya Roy Kapur's career took a 360 degree turn post the success of his solo-hero movie Aashiqui 2 and the actor says he was always confident of getting his big break as a lead in Bollywood.

During the initial years of his career, the 28-year-old actor played minor roles in films like London Dreams, Action Replayy, Guzaarish and also earned praise for his role in Yeh Jawaani Hai Deewani.

But it was Mohit Suri's romantic drama Aashiqui 2 that introduced Aditya as a lead hero in Bollywood.

"I was never disheartened that I did not get solo hero movies. At the end of the day everyone wants a commercially viable hero. So I could not blame them they did not to see me in that space in order to give me an opportunity," Aditya told PTI.

"Even when I was doing supporting roles I always had this belief that one day the opportunity to play a lead would come my way. I was confident that I would get my chance as well," he added.

Aashiqui 2 was one of the highest grossing Hindi films of 2013 and Aditya, who played an alcohol addict singer in it, says people's perception about him as an actor has changed completely after the movie. "I am looked in completely different light, as a solo hero. A film like Aashiqui 2 needed to happen for people to see me in the capacity of a hero. I am getting a lot of opportunities as people have recognised the potential in me," the actor said.

Aditya is awaiting the release of Daawat-e-Ishq, his second film as a lead hero, in which he has donned a Lucknowi chef's avatar and will be seen romancing Parineeti Chopra.

The Yash Raj film has been directed by Habib Faisal and will hit theatres on September 19.

The actor is all praise for his director's clarity of thought and said he was pushed beyond his limits by Habib during the making of the film. "He is one director who has a lot of clarity about what he wants. He is dedicated and he is someone who will not settle for the mediocre. So I knew that I was in good hands and I knew he would extract the best out of me. I was very relaxed during the filming," he said.

Aditya is set to begin shooting for Abhishek Kapoor's Fitoor, which is an adaptation of Charles Dickens' novel, Great Expectations. The film explores the relationship between three characters: a young Kashmiri boy named Noor (played by Aditya), his muse Firdaus (played by Katrina Kaif) and the mercurial Begum (played by Rekha).

Promoted
Listen to the latest songs, only on JioSaavn.com
"Fitoor will begin in the next couple of months. I have to lose weight and slim down a little so as to fit into the character. I am on a special diet. There are acting workshops that are planned," he said.

When asked if he has given a nod to Tigmanshu Dhulia's Milan Talkies after the filmmaker expressed a desire to cast him and his Aashiqui 2 co-star Shraddha Kapoor, Aditya said, "Nothing has been finalised yet so I cannot discuss it."