Aditya Roy Kapur: Glad to Get 'Once-in-a-Lifetime' Opportunity to Work With Rekha 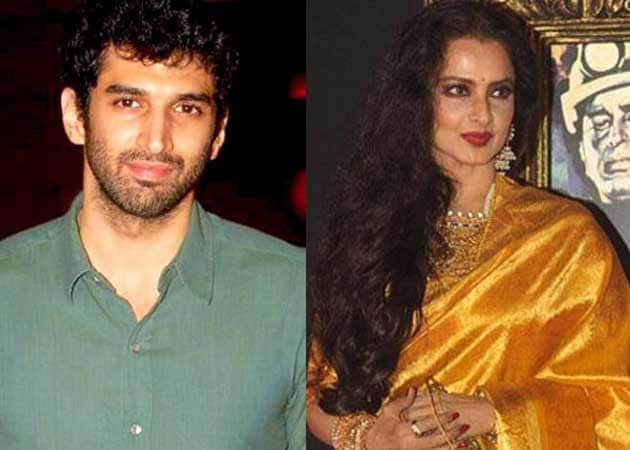 Aditya will share screen space with Rekha in Fitoor

Actor Aditya Roy Kapur, who will be sharing the screen space with veteran actress Rekha in the movie Fitoor, is upbeat about the rare opportunity.

"I'm excited for my film Fitoor. I don't know whether we can talk much about the film, but I'm excited to work with Rekha-ji. It's going to be once-in-a-lifetime experience," Aditya told IANS.

But he hasn't forgotten that "it's important for an actor to forget the personality and treat the actor as a character."

Aditya is not nervous about sharing the frame with the enigmatic veteran as he has worked with many senior actors in the past. "It's exciting to work with stars, but there is no reason to be nervous, because in the initial stages of my career, I have worked with Akshay Kumar, Aishwarya Rai, Salman Khan. I have worked with these stars, so nervousness has gone out my system after that," he added.

To be directed by Abhishek Kapoor, Fitoor also stars Katrina Kaif. The movie will go on floors in October.

Promoted
Listen to the latest songs, only on JioSaavn.com
Talking about the film's director, Aditya said, "He is a talented filmmaker and I love both his films (Rock On!! and Kai Po Che). I'm looking forward to work in his film. It's a tough job to direct, and he is passionate about his work. It's very inspiring."

Meanwhile, Aditya is looking forward to the release of his upcoming film Daawat-e-Ishq.