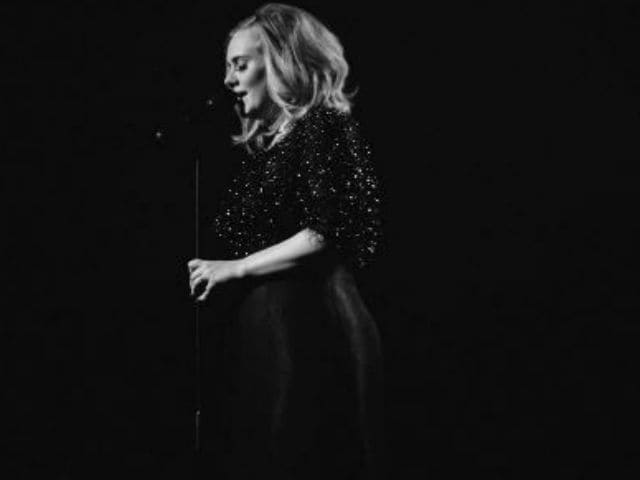 Los Angeles: Oscar-winning singer Adele's headline set at Glastonbury took an unexpected turn on when she was forced to stop her performance to help an ill fan.

In a break between songs, the 28-year-old singer had just welcomed her second fan of the night up on stage with her when her production manager Richard walked on stage and made an announcement, reported Digital Spy

"Can we make a path?" he asked. "There's somebody who's very ill out in the audience that we need to get out."

The singer was quick to offer her help. She came down to the crowd to ensure they were following instructions and continued to talk to the gathered group in the meantime.

"I hope they're okay," Adele said. "They've probably been moshing too hard to one of my songs or something," she added.

After entertaining the crowd with her chatter for a few more minutes, making sure to keep check of the path the crowd had been asked to form, Adele then carried on with her set with her hit single Set Fire to the Rain.