Beside her Bond outing, Tanya Roberts has starred in the 1982 sword-and-sorcery fantasy The Beastmaster and as the title character in Sheena: Queen Of The Jungle 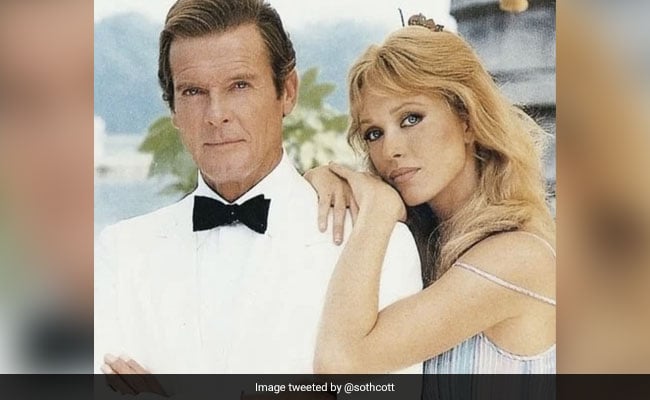 Roger Moore and Tanya Roberts in A View To A Kill. (Image courtesy: sothcott )

Former Bond actress and <i>That '70s Show</i> star Tanya Roberts has been battling for her life in a Los Angeles hospital Monday, her publicist said. Her publicist Mike Pingel was earlier quoted by US media saying Roberts had died. But he told AFP the reports were the result of a "miscommunication" with Roberts' partner Lance O'Brien. The actress remained in "critical" condition at Cedars-Sinai hospital in Los Angeles, the publicist said. A Cedars-Sinai spokeswoman said the hospital does not confirm or deny the identity of patients as a matter of policy due to privacy laws.

Tanya Roberts is best known for her role as geologist Stacey Sutton in the 1985 James Bond film A View To A Kill, which starred Roger Moore in his last appearance as 007. Beside her Bond outing, Roberts starred in the 1982 sword-and-sorcery fantasy The Beastmaster and as the title character in Sheena: Queen Of The Jungle, a female version of Tarzan which was nominated for five Golden Raspberry Awards and has gone on to become a cult classic.

Born in the Bronx, New York, in 1955, Roberts did some modeling and commercial work before getting her big acting break on the final season of Charlie's Angels, where she played private investigator Julie Rogers helping the team of female crime fighters. "It was my first steady job, and it launched my career," Roberts said on her website.

Nowadays Roberts is probably best known for her role in the sitcom That '70s Show, where she played Midge Pinciotti, the dim-witted mother of Donna, played by Laura Prepon. "That '70s Show was her favorite show, she really loved doing comedy," Pingel told USA Today.