Mita said while there's no denying that the industry has camps, which run on an idea that they "control" people, one ultimately finds space to blossom 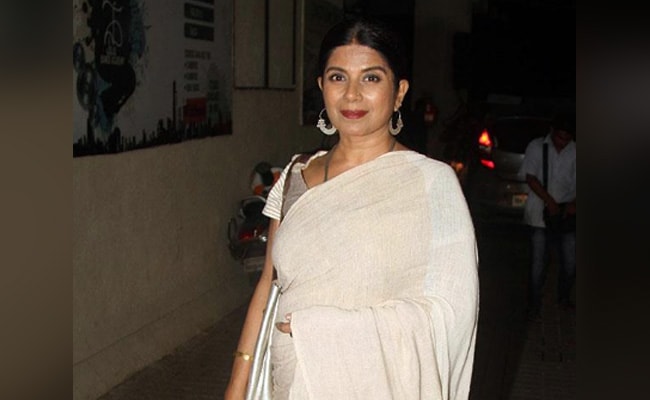 It has been three decades for actor Mita Vashisht in the Hindi film industry and she is happy that she continued working on her own terms even when the people here made her feel like a "misfit," reported news agency PTI. A graduate from the National School of Drama (NSD), she made her big screen debut with Yash Chopra's Chandni in 1989 but found her voice far away from the commercial space in collaborations with filmmakers Mani Kaul, Govind Nihalani and Kumar Shahani. Mita Vashisht earned recognition with films like Drishti, Drokhaal, Ghulam, Taal and later became a household name with TV shows like Pachpan Khambe Laal Deewarein, Swabhimaan and Kahani Ghar Ghar Ki.

Recalling a testing phase in her career, the 52-year-old said she found herself questioning all her past choices when work began to slow down. She wondered if it was right to be stubborn about her beliefs or if she should have been more "sociable."

"But after 35 years here, I know I was right to believe in myself completely and never to be swayed by anything, anybody. Even if there were times when people made me feel misfit, now I think I'm glad they did," Mita Vashisht told PTI in an interview.

The "misfit" tag, she said, came her way as she struggled to fit in the "buddy network" of the film industry which expected her to go to parties to be seen. But the actor said even on days when she found herself at a party, she would stand in a corner and get bored. "I also didn't do certain things not because I didn't want to, but because I didn't know better," she said.

Mita recalled how she ended up at a Diwali party at Yash Chopra's house in jeans and T-shirt. "I didn't realise what a big invite it was so I landed up in jeans and T-shirt! That's all that I had anyway! The other time, when I was wearing a white achkan for the Chandni premiere which was lent to me by Dimple Kapadia. The theme was moonlight white and I had no clothes which fit in the description," she said.

The actor said while there's no denying that the industry has camps, which run on an idea that they "control" people, one ultimately finds space to blossom. "There are cliques. They can be made later also. You can still be an outsider but suddenly you're moving in a certain clique. The world is big enough and so is the industry for lots to flower."

Mita Vashisht is now looking forward to her SonyLIV web-series Your Honor, the Indian adaptation of the Israeli series Kvodo. Your Honor chronicles the life of a man who is to be promoted as a High Court judge (Jimmy Sheirgill) but things take a turn when his son gets involved in a hit-and-run case. Mita, who features as a cop in the show, said she saw a couple of episodes of the original but had to substantially root her character of a modest police officer in the Indian setting.

"In Israel, the male-female equation is quite equal in the sense that they all - men and women - join the army and serve for three years. But here, I'm playing a woman operating in what has fairly been a man's territory - the police," she said.

The role required her to understand the psyche of a simple middle class woman working in the police force. "She is not like a top cop poster girl officer. She has to talk to gangsters and lawyers as a professional. So I had to understand her life. She is a cop who wants to do the right thing."