Minissha Lamba and Ryan Tham had a court wedding on July 6 in 2015, which was followed by low-key celebrations with only close family and friends in attendance. 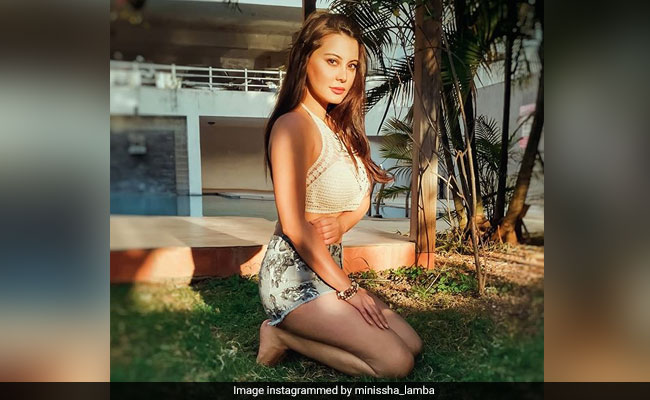 Actress Minissha Lamba, best known for her roles in films such as Honeymoon Travels Pvt Ltd and Bachna Ae Haseeno, and her former husband Ryan Tham are legally separated - the actress confirmed the news in an interview with ETimes. "Ryan and I have parted ways amicably. The legal separation has been done," the 35-year-old actress told the publication. As per the report, Minissha Lamba and Ryan Tham started living separately in October 2018. According to ETimes, the former couple met at Juhu nightclub Trilogy, which is owned by entrepreneur Ryan Tham, in 2013 and dated for two years before getting married in 2015.

Minissha Lamba and Ryan Tham had a court wedding on July 6 in 2015, which was followed by low-key celebrations with only close family and friends in attendance. Photos from Minissha Lamba's wedding lunch were shared on social media by guests such as Pooja Bedi and Minissha's Bigg Boss housemates Diandra Soares and Deepshikha Nagpal.

Last year, Minissha Lamba revealed that she switched careers to become a professional poker player and that she participates in poker tournaments worldwide. Speaking to Mumbai Mirror in an interview, the actress said she grew interest in poker over a random game on Diwali: "It happened randomly over one Diwali. A friend upon returning from America insisted on teaching us poker. I shied away from it because playing cards wasn't something that interested me. But as you get to this game, the complexities and sheer need for being on the ball give you a feeling of achievement for a hand well played."

It's so crazy... Overwhelming experience to play the World Series of Poker Series.... Playing the Pot Limit Omaha Bounty Tournament... I eventually finished 64th in this out 1130 players.... Close.. Yet so far #wsop2019 #wsop #poker

Minissha Lamba's resume as an actress include films such as Yahaan, Kidnap, Dus Kahaniyaan, Anthony Kaun Hai and Shaurya, and Punjabi movies Heer And Hero and Double Di Trouble.