"All I have to say is, where there's a will, there's always, always a way," wrote Ashnoor Kaur 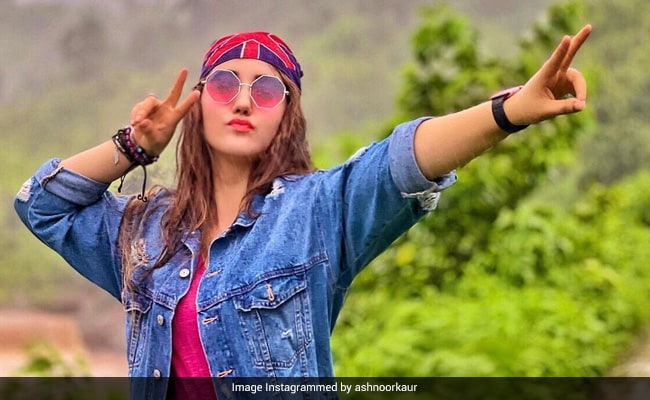 TV actress Ashnoor Kaur, who is best-known for her role in the show Patiala Babes, has scored 94% in the CBSE Class 12 exams. The Central Board of Secondary Education (CBSE) announced the results for class 12 on Friday. An excited Ashnoor shared an Instagram post on Friday, in which she wrote: "And 94% it is people. 12th boards. Feeling accomplished as I didn't disappoint myself and my near and dear ones... Hardwork paid off." She signed off her post with these words: "All I have to say is, where there's a will, there's always, always a way."

The board exams were cancelled this year due to the second wave of the pandemic and the results have been prepared on basis of an alternate assessment policy announced by the CBSE.

The 17-year-old actress, in an interview with ETimes, opened up about her career goals and what she aspires to do. "It feels great. I feel nice and accomplished. I scored 93% in 10th and hence I thought I should get more than that. I didn't even take up new projects as I wanted to concentrate on my studies. So it has finally paid off. I wish to pursue BMM and focus on my studies. For my masters, I might go abroad. Apart from acting, I also want to learn filmmaking and direction," she told ETimes.

Ashnoor Kaur is best-known for her performances in TV shows such as Jhansi Ki Rani, Yeh Rishta Kya Kehlata Hai and Patiala Babes. She also made brief appearances in films like Sanju and Manmarziyaaan.