"This is the first time I'm working with Parampara and she is a fabulous vocalist. She took the song to another level," said Millind Gaba 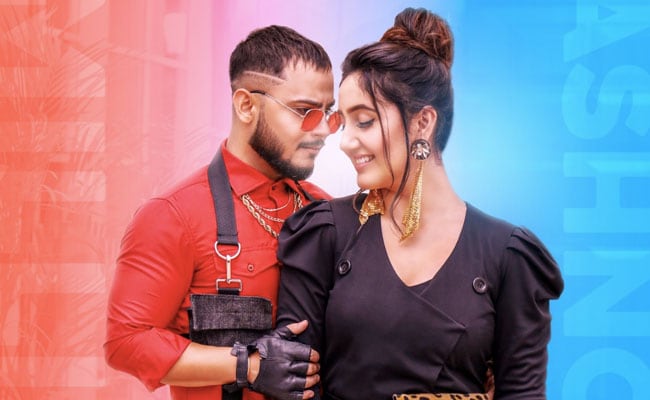 While the lockdown is an extremely challenging time, Gaba worked on Kya Karu in his home studio and finalized the track within 3 hours. Interestingly, the high fashion song with great choreography and an addictive hook-step features Millind Gaba sporting a completely different look after a decade, which will be a huge surprise to his fans. Actress Ashnoor on the other hand, sports a boss-babe look and was quite a natural at picking up the spontaneous choreography.

Singer-composer Millind Gaba says, "T-Series has always done a great job with putting together music videos because everyone I've worked with matches my energy and fire and the same went for Ashnoor. This is the first time I'm working with Parampara and she is a fabulous vocalist, she took the song to another level."

Actress Ashnoor Kaur says, "This is something very different from what I've done before both look and performance wise. Kya Karu is a total party number, we stayed up all night shooting for it and had great fun! Millind is an immensely talented singer, an amazing co-star and human being. It was my first time working with T-series and surely a memorable one!"

Says singer Parampara Thakur, "Millind did a super job with the music and composition of Kya Karu. It was great collaborating with such a talented artist like him. With T-Series we honestly have the best artists on board. The song is great, the vibe is great and I'm so thankful to be part of this."

Bhushan Kumar adds, "Millind's music has a very young, fresh vibe to it and that coupled with Parampara's sassy and strong vocals made Kya Karu the perfect party song for the Gen-X audience."

T-Series presents Kya Karu. Composed by Millind Gaba, with vocals by Parampara Thakur and Millind Gaba, ya Karu is penned by Asli Gold and features Ashnoor Kaur opposite Millind Gaba in the music video. The party song is out now on T-Series' YouTube channel.