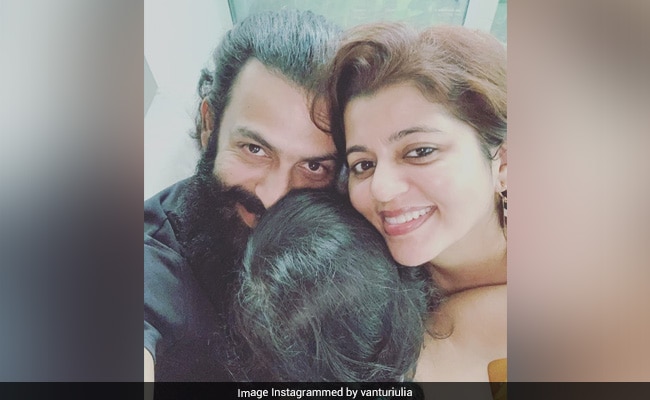 After completing his mandatory 14-day quarantine, south actor Prithviraj Sukumaran has finally reunited with his family. The actor was in quarantine after returning from Jordan on May 22. He was stuck in Jordan's Wadi Rum desert for almost three months. On Friday, Prithviraj shared the good news with his fans by posting a beautiful family photo featuring his wife Supriya and little daughter Alankrita on his Instagram profile. The actor captioned his post in just one word but it was enough to express his feelings. He wrote: "Reunited" and accompanied it with a family and a heart emoticons. Check out his post here:

Did a COVID-19 test and the results are negative. Will still be completing quarantine before returning home. Stay safe and take care all

Prithviraj, who was stranded in the Arab country along with a 58-member crew of his upcoming film Aadujeevitham, was under institutional quarantine at Kochi's Old Harbour Hotel till May 29. The actor and his team were shooting for the film in Jordan when the coronavirus outbreak forced a global lockdown. Prithviraj and his team returned to India last month as part of Vande Bharat Phase 2.

Prithviraj Sukumaran has worked in several blockbusters such as Stop Violence, Nandanam, Classmates, Puthiya Mukham, Ayalum Njanum Thammil, Celluloid and many others. In 2011, his film Indian Rupee won the National Film Award for the Best Feature Film. He was last seen in Driving License.