"As many of you know, you have to be in a high-risk group, which is older people and people with compromised immune systems," said Justin Long 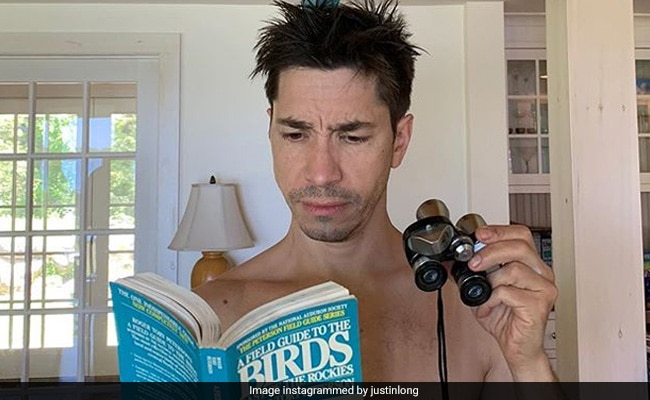 Justin Long talked about his condition on his podcast (courtesy justinlong)

Actor Justin Long, on a recent episode of his podcast series Life Is Short with his brother Christian, made a strange revelation. The 41-year-old actor revealed he is certain that he and his brother have contracted the coronavirus. Justin said that both he and Christian started showing symptoms days after the latter's girlfriend returned from a work trip abroad. She too developed "corona symptoms" not immediately but several days after her trip: "Sadly, Christian's girlfriend Maggie came back from her work trip and a couple of days later she was very ill. She had classic corona symptoms. She had a fever and dry cough, all the things that they're saying people have with COVID."

Addressing those who are even slightly symptomatic but unable to get tested, he said: "We should tell everyone that you actually might have corona. You think you do. I think I might have it as well."

"But the weird thing is, the day after she came down with symptoms, couple of weeks ago, Justin and I came down with very mild versions of the exact same symptoms," Justin added. He said he experienced "achiness, some nausea, headaches, and then the tightness in the chests we started noticing but then the strangest thing that happened which we then read was typical of this disease is that happened... it hasn't happened to me... but Maggie and Christian lost their sense of taste and smell." Christian added: "I was quite sure I had it but now, I am convinced."

Justin and Christian have self-isolated and are currently in their third week of isolation. About his girlfriend, Christian said: "She's on day 12 of it now and thankfully for the last 24 hours or so, she has no fever and seems to be doing a lot better."

However, both the Long brothers tried to get themselves tested for the virus but couldn't because their symptoms were not considered "high-enough risk": "But unfortunately, we can't get the test because we are not considered high-enough risk," said Christian. "We both tried to get the test but as many of you know, you have to be in a high-risk group, which is older people and people with compromised immune systems, or it has to be severe enough in your system," Justin added.

You can listen to Justin and Christian's full podcast here.

Justin Long, who is also a screenwriter and director, is best known for starring in films such as Jeepers Creepers, Dodgeball, Accepted, Alvin And The Chipmunks and Live Free Or Die Hard.