Dustin died on Monday, his agent said, just weeks after being diagnosed with an aggressive cancer 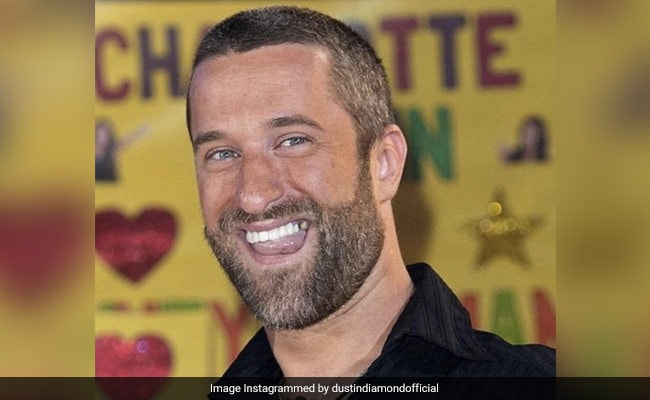 US actor Dustin Diamond, best known for playing the nerdy Screech on the hit TV series Saved By The Bell, died Monday, his agent said, just weeks after being diagnosed with an aggressive cancer. He was 44. "He was diagnosed with this brutal, relentless form of malignant cancer only three weeks ago. In that time, it managed to spread rapidly throughout his system," the agent, Roger Paul, told news agency AFP. "Dustin did not suffer. He did not have to lie submerged in pain. For that, we are grateful." Diamond, a California native, launched his career with Good Morning, Miss Bliss, a series about junior high students that only lasted one season, but which spawned Saved By The Bell.

Dustin Diamond's Screech character, along with several others, were transported to the fictional Bayside High School in California for Bell, which aired for four seasons starting in 1989.

The light-hearted show tackling the highs and lows of adolescence was popular both in the United States and abroad.

Even though he was a major reason for the show's success, Diamond's career did not take off afterwards.

Other than some Saved By The Bell spinoffs and made-for-television movies, he worked infrequently in small roles.

In 2009, his tell-all book"Behind The Bell contained some juicy behind-the-scenes tales of the set -- but Diamond later admitted it was full of fabricated anecdotes.

In 2015, he was sentenced to four months in prison for carrying a concealed weapon and disorderly conduct in connection with a stabbing at a bar.

He was released from jail a month early in 2016 for good behavior.

In recent years, Diamond has worked as a stand-up comedian and appeared on several reality TV shows.

"We are aware that Dustin is not considered reputable by most. He's had a history of mishaps, of unfortunate events," his agent said Monday.

"We want the public to understand that he was not intentionally malevolent. (...) His actions, though rebukable, stemmed from loss and the lack of knowledge on how to process that pain properly."

Last year, when the rest of the Saved By The Bell cast reunited for yet another reboot, Diamond did not appear.

His former co-stars paid tribute to him on Monday.

"Deeply saddened to hear of the passing of Dustin Diamond, a true comedic genius," Gosselaar wrote on Twitter.

"Looking back at our time working together, I will miss those raw, brilliant sparks that only he was able to produce. A pie in your face, my comrade."

Mario Lopez, who played AC Slater on Bell, added: "Dustin, you will be missed my man. The fragility of this life is something never to be taken for granted."