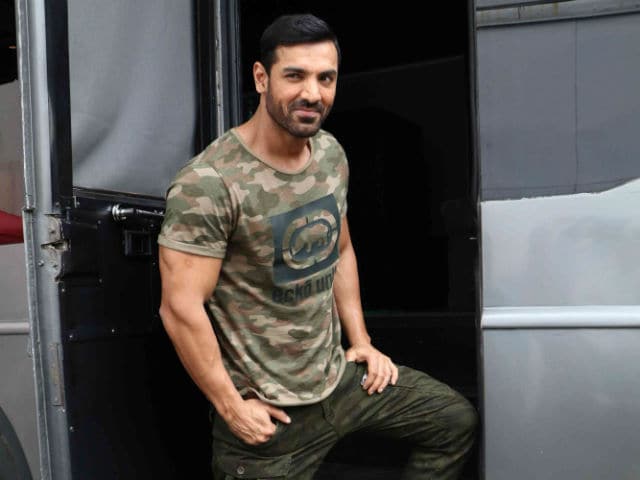 Mumbai: Actor-producer John Abraham says he loves action as a genre, but doesn't want to do a destructive role.

"I am trying to do something different after Force 2. However, I love doing action movies. It is like second nature to me, but I don't want to do a destructive role. I like comedy as well, especially slapstick comedy," John said at the trailer launch of his forthcoming film Force 2 on Thursday.

A sequel to the 2011 film directed by Nishikant Kamat, Force 2 is a spy genre where a new antagonist (Tahir Raj Bhasin) kills RAW agents.

John reprises his role as ACP Yashvardhan with actress Sonakshi Sinha as an assistant in the mission to nab the person behind the killings.

The Rocky Handsome actor, who is seen doing daring stunts in the trailer, spoke about the difficulties he faced while filming the action sequences.

"I damaged my knee while doing a rooftop shot. After that in Hungary, I had to do two knee surgeries. Whenever I had to sit in a car, someone had to hold and put my leg in the car. I couldn't even move it. When I came to Mumbai, I did one more surgery," the 43-year-old said.

"But at the end of the day, the outcome was good. Doing action is really difficult, but it is fun for me," he added.

He also talked about a scene where he lifts up a car.

"Force is about power. It was Abhinay Deo (director of Force 2) and Vipul Shah's (producer) decision to do the scene. They did the entire setup and the only thing I had to do was how my posture would look while lifting the car. So, I would give the credit to them," he said.

Promoted
Listen to the latest songs, only on JioSaavn.com
"Along with the power element, the film also has a strong story. The film is dedicated to the heroes who lost their lives to serve the country and also based on some true events. So, by the end of the film, you will be shocked," added John.