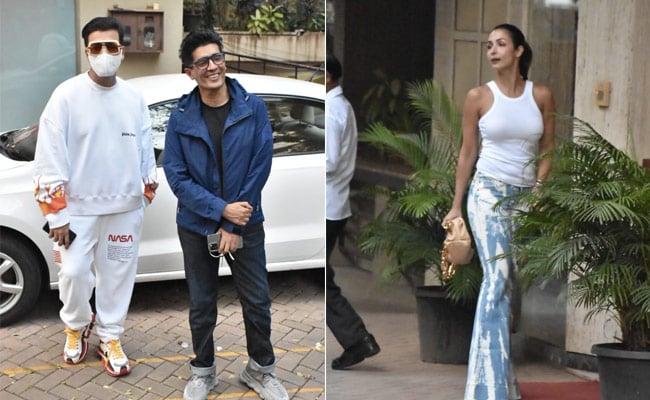 Kareena Kapoor's BFF Malaika Arora, filmmaker Karan Johar and celebrated fashion designer Manish Malhotra paid a visit to the actress and her newborn baby on Wednesday. Kareena and her husband Saif Ali Khan welcomed a baby boy last month. Malaika, Karan and Manish Malhotra were photographed outside the actress' residence in Bandra, Mumbai with a huge gift. Malaika Arora looked chic in a white top and blue printed pants. Karan Johar, who has worked with Kareena Kapoor on films like Kabhi Khushi Kabhie Gham..., Kurbaan and We Are Family, was dressed in a white sweatshirt and matching trousers. Manish Malhotra was spotted carrying a gift with the help of a man to Kareena's house. See pictures here: 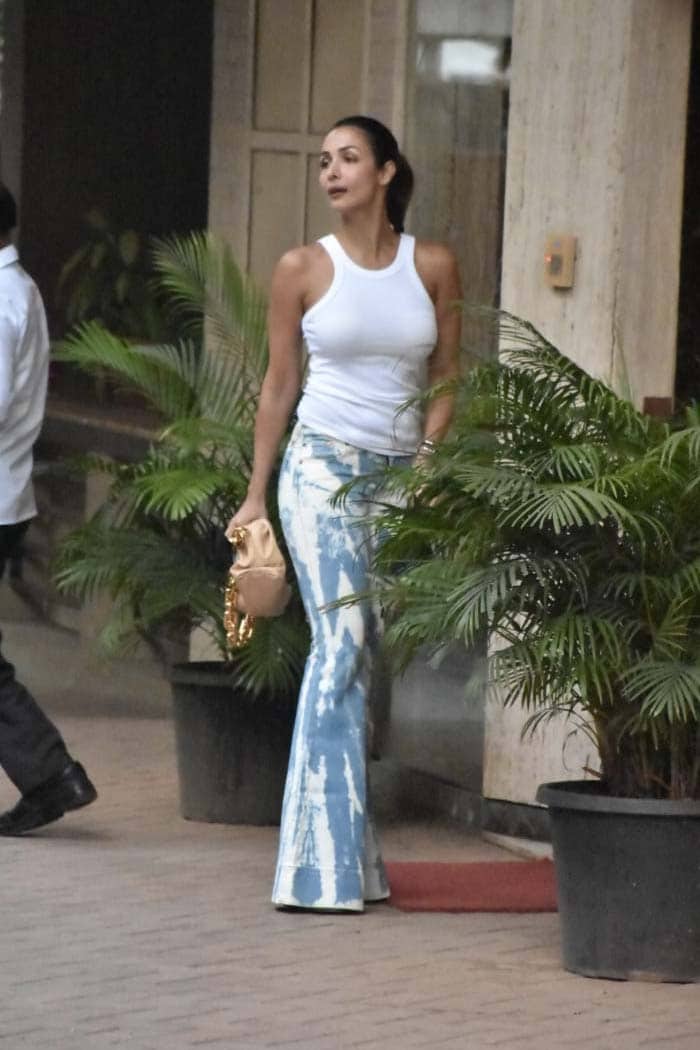 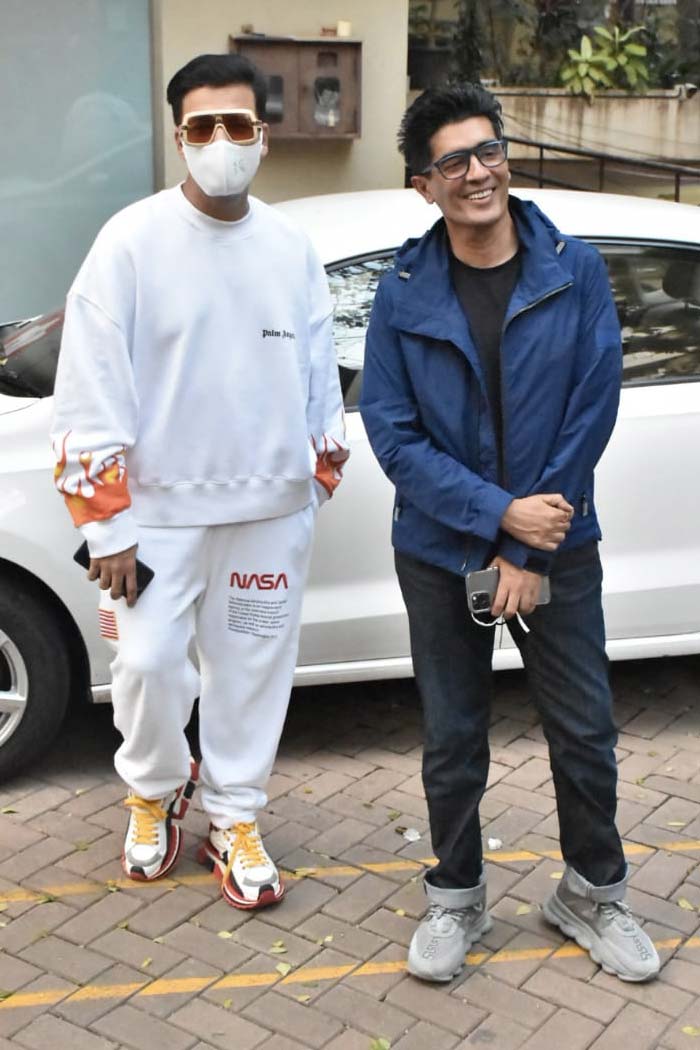 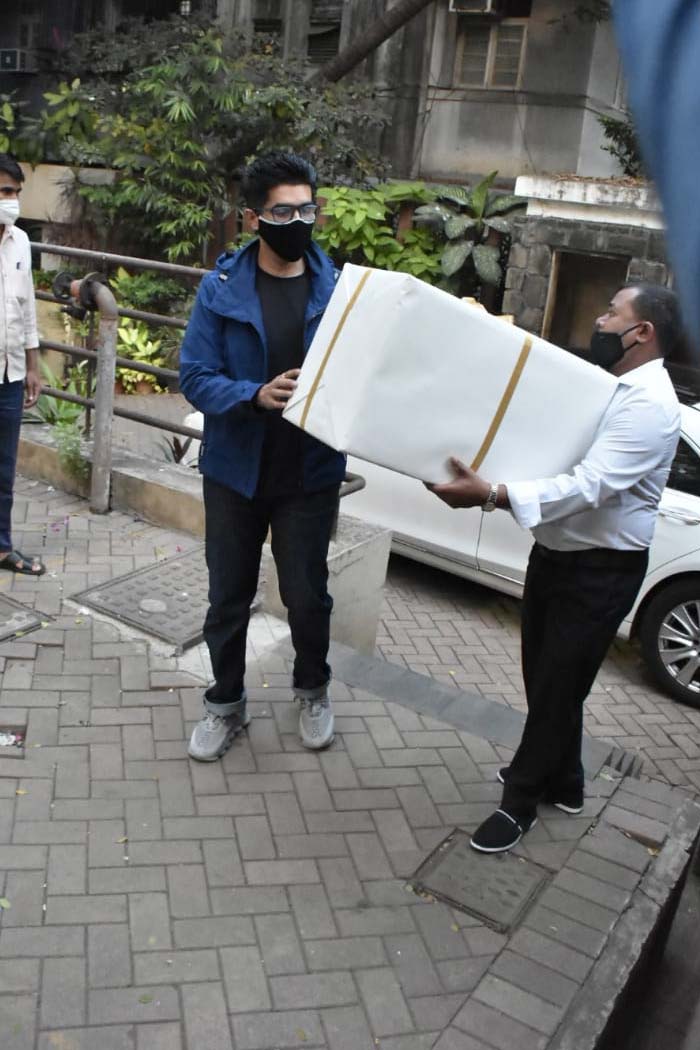 Manish Malhotra arrived with a gift for Kareena and her baby. 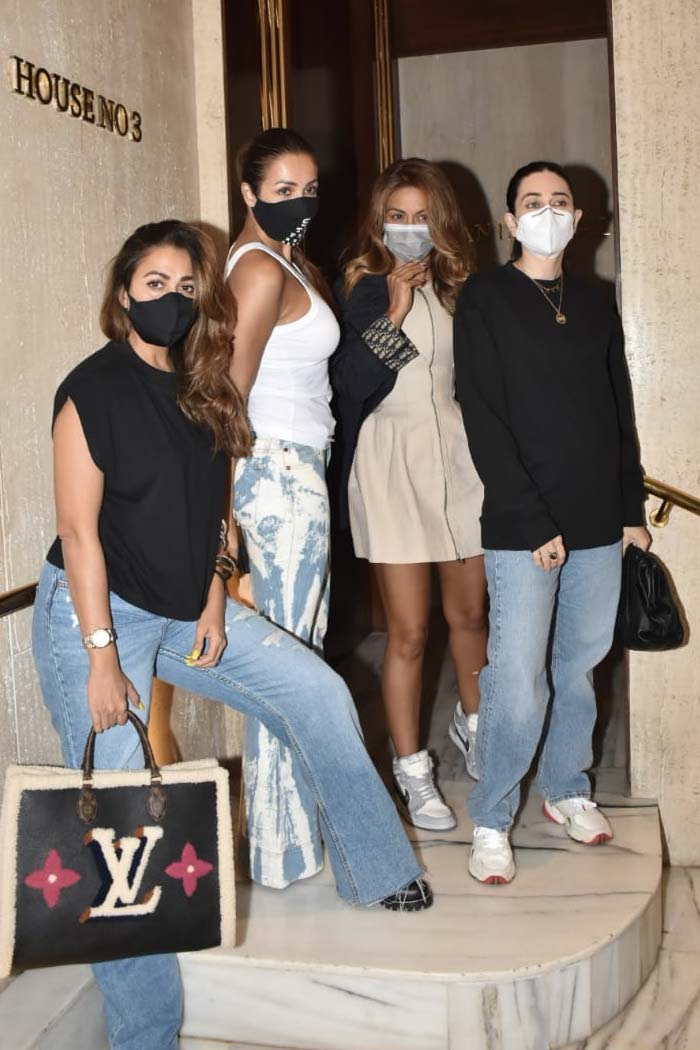 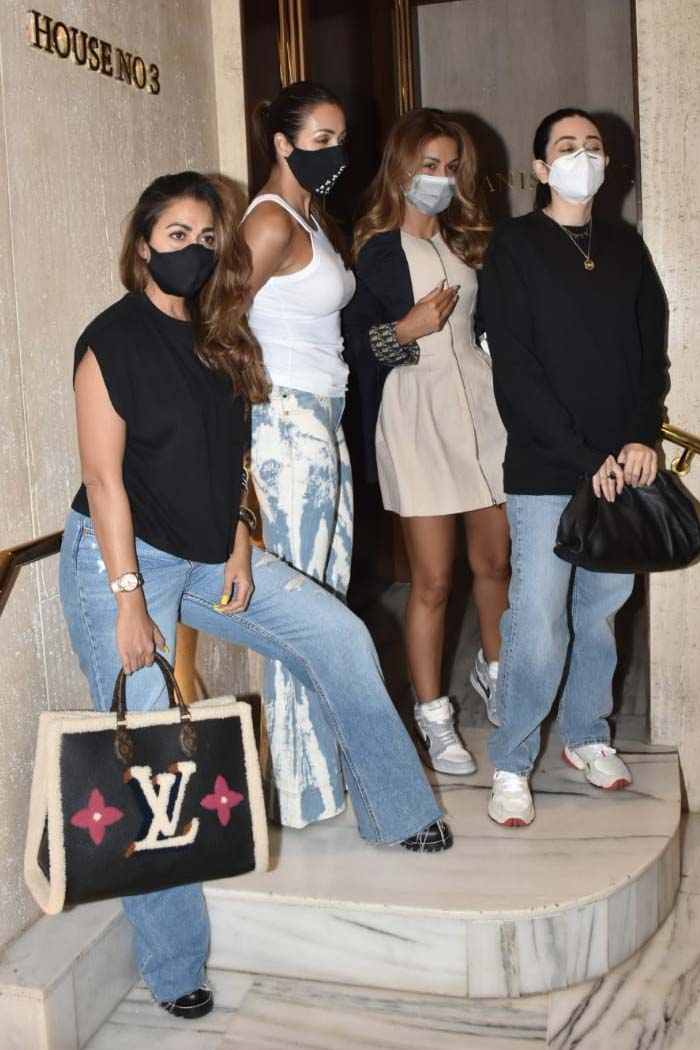 The gang happily posed for the shutterbugs. 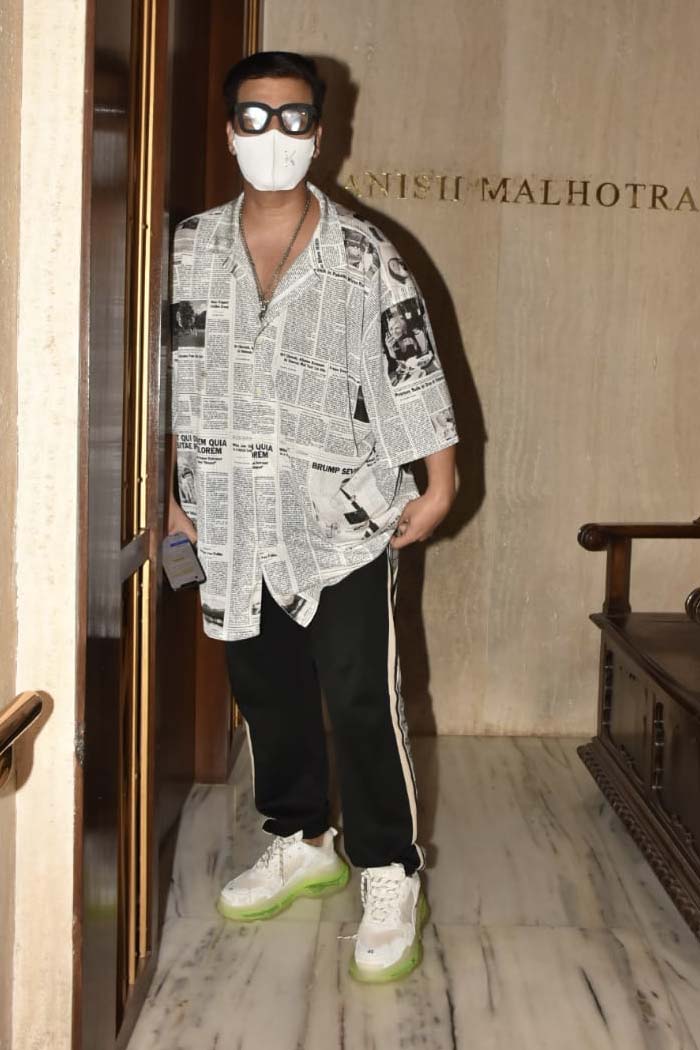 Karan Johar picked a quirky outfit for the party.

On Wednesday evening, Karisma Kapoor shared this photo from the get-together at Manish Malhotra's house and captioned it: "Lovely evenings."

In terms of work, Kareena Kapoor has Karan Johar's period drama Takht and Lal Singh Chaddha with Aamir Khan lined up. Maheep Kapoor and Seema Khan's show Fabulous Lives Of Bollywood Wives will return for a second season on Netflix.