For Abhishek Bachchan, 10/10 For Anniversary Pic With Aishwarya 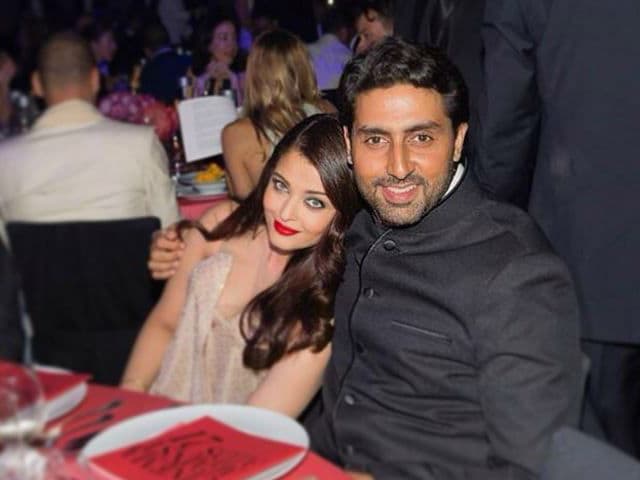 New Delhi: Actress Aishwarya Rai Bachchan is not on social media and so will have to use husband Abhishek's account to see the photo he posted to celebrate their ninth wedding anniversary on Wednesday. Abhishek, 40, actively compensates for Ash's social media absence and Instagrammed this adorable picture of the two of them:

9 years of togetherness, love and hugs!

Abhishek's father Amitabh Bachchan also wished the couple on his blog: "As tomorrow dawns, the wedding bells ring of 9 years of togetherness, for Aishwarya and Abhishek. A day filled with the joy and happiness that not just conforms to the two that bind themselves in matrimony but for us elders too, a coming together of families, of affection and oneness."

Abhishek and Aishwarya, who have worked together in films like Kuch Naa Kaho, Dhaai Akshar Prem Ke, Guru and Raavan, married in 2007. Their daughter Aaradhya is now four.

Abhishek was last seen in Umesh Shukla's All Is Well and will next be seen in Sajid-Farhad's Housefull 3. Meanwhile, Aishwarya made an underwhelming comeback in 2015 film Jazbaa, but her upcoming film Sarbjit looks promising. She is also filming Karan Johar's Ae Dil Hai Mushkil.

Bollywood aside, Aishwarya is also gearing up for her annual appearance at the Cannes Film Festival, which starts in May.