Abhishek Bachchan Transforms Into The Big Bull In Film's First Look; 'Too Good,' Say Rishi Kapoor And Others

The first look poster of Abhishek's The Big Bull comes with the tag: "2020 is the year of the The Big Bull! The man who sold dreams to India." 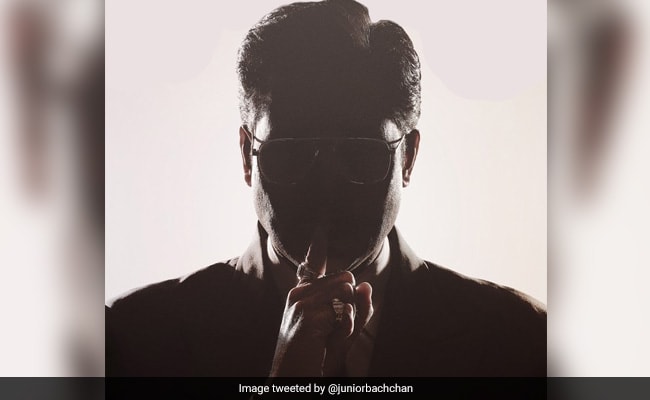 Abhishek Bachchan began the New Year on a filmy note, no really! The 43-year-old actor dropped the first look of his new film titled The Big Bull on Thursday and sent the Internet into a tizzy. The Big Bull is reportedly loosely based on the infamous stock-broker Harshad Mehta, who was charged for numerous financial crimes during the securities scams of 1992. The poster features a silhouetted face of Abhishek Bachchan, who commands the viewers to be tight-lipped. About what? Only time will tell. Abhishek aka The Big Bull sports side parted hair and square framed glasses in this mysterious first look poster of the movie. The first look poster of The Big Bull comes with the tagline: "2020 is the year of the The Big Bull! The man who sold dreams to India."

The Big Bull will be directed by filmmaker Kookie Gulati and produced by Ajay Devgn. Abhishek Bachchan, whose character is reportedly based on that of Harshad Mehta, co-stars with Ileana D'Cruz but apparently they are not paired opposite each other.

Here's how Abhishek Bachchan transformed into The Big Bull:

Abhishek Bachchan, who took a break from films before Manmarziyaan, also has films such as thriller Bob Biswas and Anurag Basu's Ludo.