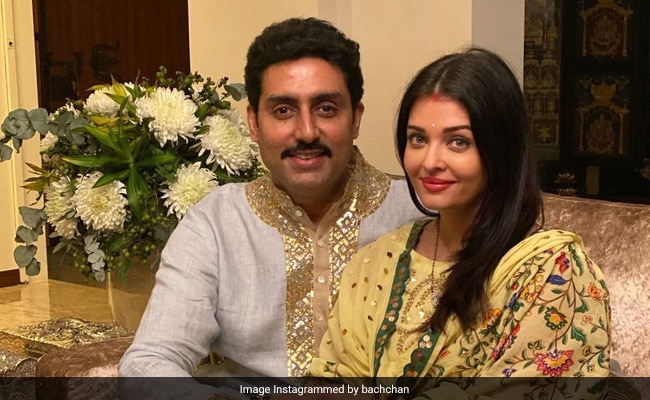 Abhishek Bachchan, who had earlier, in an interview revealed that he and Aishwarya Rai Bachchan first met in Switzerland and it was actor Bobby Deol, who acted as a cupid, shared new bits about what the former beauty queen told him later. On The Ranveer Show, Abhishek Bachchan said, "Whenever she talks about it, she jokingly says, 'I couldn't understand a word of what you were saying'." The actor blamed his "heavy accent" and added, "Because here I was, this kid from an international boarding school, then went to Boston. I must've had some really heavy accent at that point. And she was like, 'What were you saying?'"

Abhishek and Aishwarya, co-stars of Umrao Jaan, Guru, Kuch Naa Kaho and Raavan among others, got married on April 20, 2007. The star couple will reportedly be seen sharing screen space in the Anurag Kashyap-produced Gulab Jamun. The couple welcomed their daughter Aaradhya in 2011.

In terms of work, Aishwarya Rai Bachchan, will next be seen in Mani Ratnam's Ponniyin Selvan. She was last seen in the 2018 musical Fanney Khan, co-starring Anil Kapoor and Rajkummar Rao, which was a box office debacle. The actress also walked the ramp at the Paris Fashion Week last month.

Abhishek Bachchan was last seen in a film based on Bob Biswas, which was produced by Shah Rukh Khan's Red Chillies Entertainment. This year, the actor also starred in The Big Bull, which opened to mixed reviews. He will also be seen in Dasvi with Yami Gautam and Nimrat Kaur. The actor will also be seen in a new season of Breathe.