Akbar Shahpurwala made Abhishek Bachchan his first-ever suit, the actor wrote on Instagram 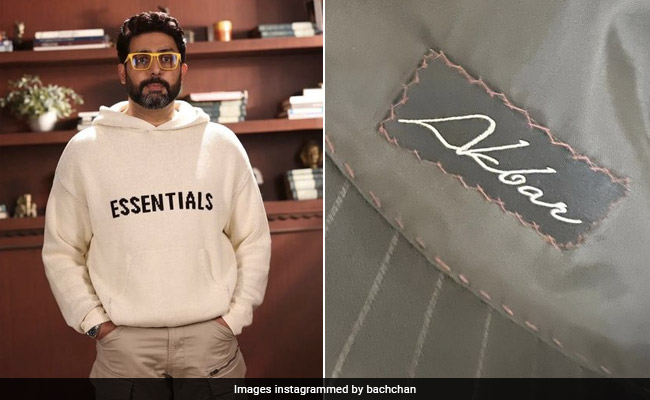 After visiting the prestigious Cannes Film Festival with his wife, superstar Aishwarya Rai Bachchan and their daughter Aaradhya Bachchan, Abhishek Bachchan returned home to some tragic news. The actor, late on Sunday, shared a post on Instagram mourning the loss of Bollywood suit stylist Akbar Shahpurwala. Referring to Akbar Shahpurwala as a “bonafide legend”, Abhishek shared that he not only created several of his father Amitabh Bachchan's costumes but also made Abhishek his first-ever suit. Sharing a photo of one such suit with the Akbar Shahpurwala's label stitched on it, Abhishek penned a moving note mourning the suitmaker.

Abhishek Bachchan wrote, “Returned home to very sad news. Akbar Shahpurwala a bonafide legend of the film world passed away. I knew him as Akki uncle. He made my father's costumes and most of his suits from as far back as I can remember and many of my films too. He personally cut and stitched my first ever suit as a baby (I still have it) to the tux I wore to Refugee's premiere.”

Speaking about Akbar Shahpurwala's legacy, Abhishek Bachchan added, “If your costumes and suits were made by Kachins and then Gabana then you had arrived as a star. That was his influence and standing. If he personally cut your suit, then he truly loved you. He always said to me that ‘cutting a suit is not just tailoring, it's an emotion. When you wear my suits, each stitch is made with love and filled with my blessings'. To me, he was the best suitmaker in the world!”

The Guru actor concluded the note by writing, “I will wear one of your enumerable suits that you made for me tonight, Akki uncle, and feel blessed. Rest in peace.”

Abhishek Bachchan's sister Shweta Bachchan replied: “Many memories. May he rest in peace.”

Director-producer Karan Johar responded to Abhishek Bachchan's post with the comment, “I remember him so fondly,” and a heart emoji.  Actor Bobby Deol replied with a heartbreak emoji. Director Farah Khan and Neil Nitin Mukesh also paid their respects in the comments section.

Amitabh Bachchan too mourned the loss of Akbar Shahpurwala in his daily blog. Speaking about the suitmaker, the icon wrote, “Akki bhai, Akbar of Gabana fame, who designed and stitched my clothes for film and personal for the last 50 years, passed away in his sleep this morning.”

On the work front, Abhishek Bachchan was last seen in the Netflix film Dasvi with Yami Gautam and Nimrat Kaur.