Abhishek Bachchan: Aaradhya Supports our Team With a Hi-Five 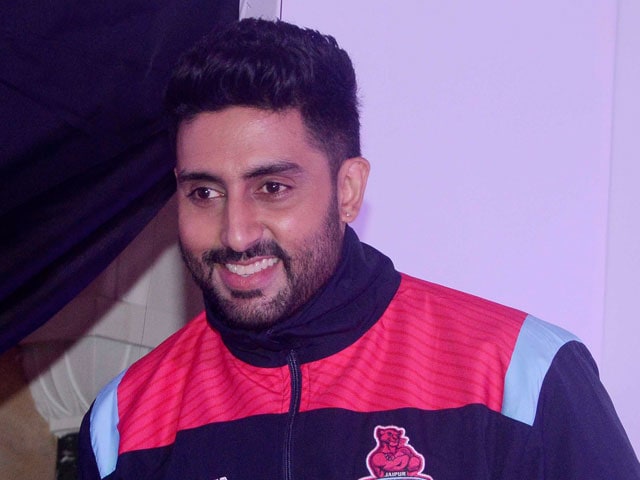 Abhishek Bachchan at a press conference in Mumbai on July 18

Mumbai: Actor Abhishek Bachchan's Kabaddi team Jaipur Pink Panthers is gearing up for the second season of the Pro Kabaddi League and he says it received much-needed motivation to perform from his daughter Aaradhya.

"Aaradhya supports us with a hi-five," he said at a press conference here.

Aaradhya was often seen at matches last season in the arms of mother Aishwarya Rai Bachchan and that might have surely motivated the team as the they went on to win the inaugural title.

About the prospects of his team this time, Abhishek said, "Along with hard work, luck also plays a decisive factor. This time the players are of a bigger stature, and even I'll try to contribute my best for the team. And I'll also ask my father to help in the kabaddi."

The second season is slated to begin with an opening ceremony on Saturday.

Amitabh Bachchan, who had also sung the national anthem for a special video during Republic Day, has seen his association with sports has gone up recently having done commentary at the India- Pakistan match at the Cricket World Cup.