Abhay Deol On #MeToo Movement: 'It Could Be The Beginning Of A Change'

"We have to reflect upon what's next," said Abhay Deol 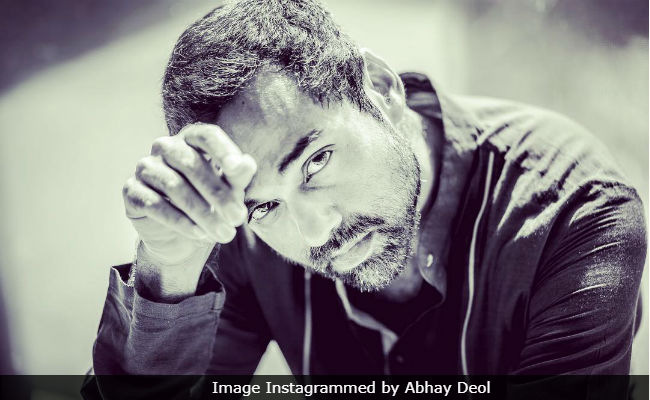 Actor-producer Abhay Deol who is gearing up for the release of his production venture Kaagaz Ki Kashti, says the main obstacle in the country is that law works very slow, which could be the reason why many women are sharing their stories on social media through #MeToo movement.

Abhay Deol was interacting with media to promote Kaagaz Ki Kashti on Wednesday in Mumbai.

Reacting on #MeToo movement that has gained momentum in India, Abhay said, "It's important that people's voices are heard. There is a lot venting going on. It could be the beginning of the change. We have to reflect upon what's next and how we utilise this anger and put it in the right direction."

Abhay said it takes a lot of time for justice to prevail. "That's why there is so much of noise being made because one feels that he/she would not be heard in court," he said.

"Eventually it has to change into I will be heard in court and then the newspapers can report it," he said. "That will be the ideal situation and hopefully #MeToo movement will head us in that direction."

Talking about Kaagaz Ki Kashti, which is based on Jagjit's life, Abhay said, "It's really a well-made documentary. It's an intimate portrayal of Jagjit Singh who had an amazing life. It's about how he got success in his career and about inspiration behind his creativity.

Born Jagmohan Singh in Rajasthan and belonging to a Punjabi Sikh family, Jagjit Singh left an indelible mark in the world of music with his treasury of ghazals, many of them sung jointly with his wife Chitra Singh.

During his musical career starting 1961 till his death, Jagjit Singh released around 80 ghazal albums which are popular even today.

Kaagaz Ki Kashti, which traces the life of the legendary ghazal singer, will release on November 2 exclusively under PVR LIVE at PVR cinemas.