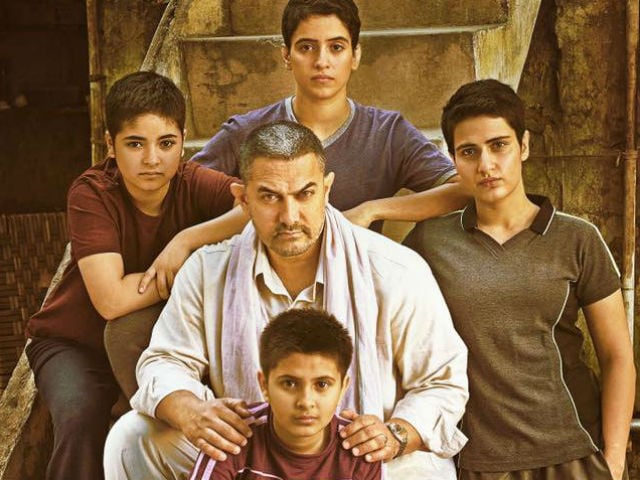 Dangal title track: Aamir Khan in a still from the film

New Delhi: The audio of the title track of Aamir Khan's much-awaited film, Dangal, was unveiled on Thursday afternoon. The makers have released the song without accompanying video but going by the previous songs and the trailer of the film, we can easily imagine the visuals. For a film that carries an empowering story, there could not be a better title track than this. Sung by Daler Mehndi, the song is in a regional dialect and is written by Amitabh Bhattarcharya. The music, composed by Pritam Chakraborty, is peppy and its beat is surely going to inspire everyone. Dangal is based on a real life story, where Aamir Khan plays the role of Haryanvi wrestler Mahavir Phogat.

Aamir, 51, shared the song with a tweet and wrote: "Here's the audio of our title track. It'll be great if you can experience it before the video is launched. Love." After listening to the audio, his fans will return the love.

The song carries a powerful message and promises to be a chartbuster. The lyrics, that has a rustic touch, evokes various emotions. Daler Mehndi has earlier sung for Aamir in Rang De Basanti.


In the film, Haanikarak Baapu Mahavir trains his daughters Geeta and Babita Phogat, played by Fatima Sana Shaikh and Sanya Malhotra, to be wrestlers like him. His ambition for them is to one day win Olympic golds.

Promoted
Listen to the latest songs, only on JioSaavn.com
Last seen in PK in 2013, Aamir Khan had sized up to 95 kg in order to play the older version of Mahavir Phogat.