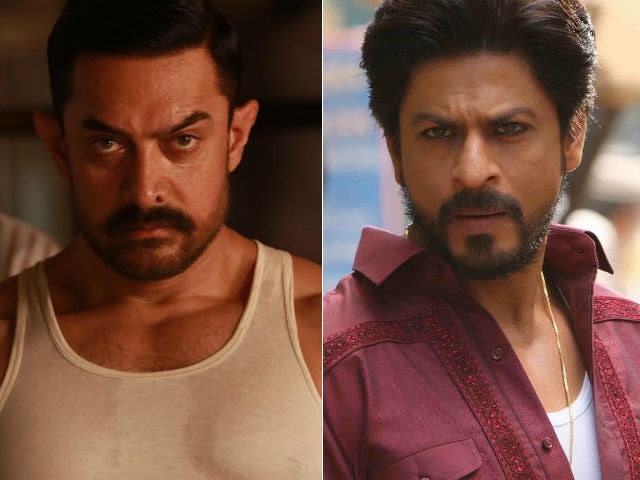 New Delhi: Hrithik Roshan's Kaabil is the first film to have released in Pakistan this week after the ban on screening Indian cinema was lifted. Kaabil opened on Wednesday to large multiplex crowds and news agency PTI reports that that next up are Shah Rukh Khan's Raees and Aamir Khan's Dangal, which are waiting for clearance from the Central Censor Board. Pakistani distributor and theatre-owner Nadeem Mandviwalla told PTI that several Indian films have been submitted to the Censor, adding, "Raees is one of them and everyone is eager for its release." The female lead in Shah Rukh Khan's Raees is played by Pakistani star Mahira Khan, who makes her Bollywood debut. She has been excluded from promotions and celebrations of the film, which has made over Rs 100 crore in a little over a week, on account of her nationality.

A local distributor told PTI that Pakistan's Distribution Club wants to import and screen Bollywood films that did well in the last few months. "This includes Aamir Khan's Dangal while Ae Dil Hai Mushkil has already been passed by the censors and will be screened from February 3 in cinemas," PTI quotes him as saying. Ae Dil Hai Mushkil features a cameo by Pakistani star Fawad Khan and battled protests led by raj Thackeray's Maharashtra Navnirman Sena before it released last October.

After last year's attack on the military base in Uri, there were demands that Pakistani actors like Fawad Khan not be allowed to perform in India. Across the border, Pakistani cinema owners decided they would stop screening Indian films. The self-imposed ban was lifted after a special committee headed by Pakistan's Information and Broadcasting minister recommended that Indian films be imported and screened subject to clearance by the ministries of commerce and information, and the Censor Board.

Promoted
Listen to the latest songs, only on JioSaavn.com
Shah Rukh Khan's Raees and Hrithik Roshan's Kaabil opened in India on January 25. Aamir Khan's Dangal released in December and has made over Rs 380 crore.