Aamir Khan On "Boycott Laal Singh Chaddha" Twitter Trend: They Think I Don't Like India But It's Untrue

"It is rather unfortunate that some people feel that way," said Aamir Khan 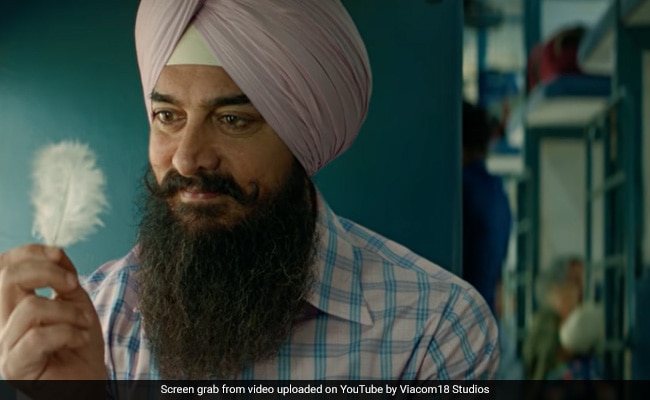 Just a few days before its theatrical release, Aamir Khan's upcoming projectLaal Singh Chaddha became the unwilling centre of controversy after "#BoycottLaalSinghChaddha" started trending on Twitter. Aamir Khan, who stars in the titular role and has also co-produced the film, recently reacted to the boycott trend regarding his film and told news agency PTI: "That Boycott Bollywood... Boycott Aamir Khan... Boycott Laal Singh Chaddha... I feel sad also because a lot of people who are saying this in their hearts believe I am someone who doesn't like India... In their hearts they believe that... And that's quite untrue." The actor added, "I really love the country... That's how I am. It is rather unfortunate if some people feel that way." Asking his fans and the audience to give his film a fair chance, Aamir Khan told PTI: "I want to assure everyone that it's not the case so please don't boycott my films, please watch my films."

The boycott trend regarding the film began after a section of the Internet dug out Aamir Khan's 2015 interview bits, where he said that his ex-filmmaker wife Kiran Rao had suggested they move countries because of "growing intolerance." His comments had provoked nationwide protests.

Laal Singh Chaddha is a Hindi remake of Robert Zemeckis' classic Forrest Gump, which featured Tom Hanks in the lead role. The Hindi version has been directed by Advait Chandan. Laal Singh Chaddha is collaboratively being produced by Aamir Khan, Kiran Rao and Viacom 18 Motion Pictures. In Laal Singh Chaddha, Aamir Khan will be seen sharing screen space with his 3 Idiots co-stars Kareena Kapoor and Mona Singh. It also marks the Bollywood debut of Naga Chaitanya.

Forrest Gump showcased the story of a man (Tom Hanks), who goes on to do extraordinary things in his life. However, his only purpose is to be with his childhood love Jenny.Laal Singh Chaddha will clash with Aanand L Rai's Raksha Bandhan at the box office. Both the films are slated to release on August 11.