Here's how the Khans, Bachchans, Deepika Padukone, Ranveer Singh, Priyanka Chopra and Nick Jonas sent the paparazzi in a tizzy at the Ambani wedding 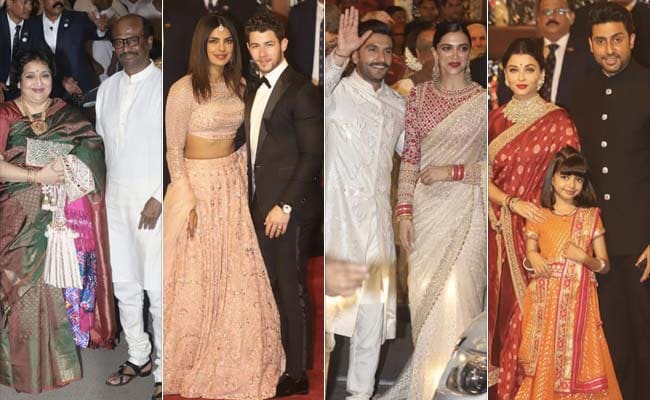 Rajinikanth, who is currently in Mumbai, attended Isha Ambani and Anand Piramal's wedding on Wednesday at the Ambani residence in Mumbai. Rajinikanth, who celebrated his 68th birthday on Wednesday, arrived with his wife Latha. Other than the megastar, the star-studded guest list was headlined by the likes of the Bachchans, Shah Rukh and Salman Khan, Aamir Khan newly-married couples Deepika Padukone and Ranveer Singh, and Priyanka Chopra and Nick Jonas, Kareena and Karisma Kapoor, Alia Bhatt, Sonam Kapoor and others. Former President Pranab Mukherjee also arrived to bless the couple but Amitabh Bachchan was one of the first Bollywood celebrities to arrive at the Ambani shaadi and accompanying him to the venue were Jaya Bachchan, Shweta Bachchan Nanda and Navya Naveli Nanda. Aishwarya Rai and Abhishek Bachchan checked in within an hour of Big B's arrival. Aishwarya and Abhishek brought along Aaradhya, of course, who was cute as a button in orange lehenga choli.

Here's how Rajinikanth and his wife greeted the paparazzi and guests: 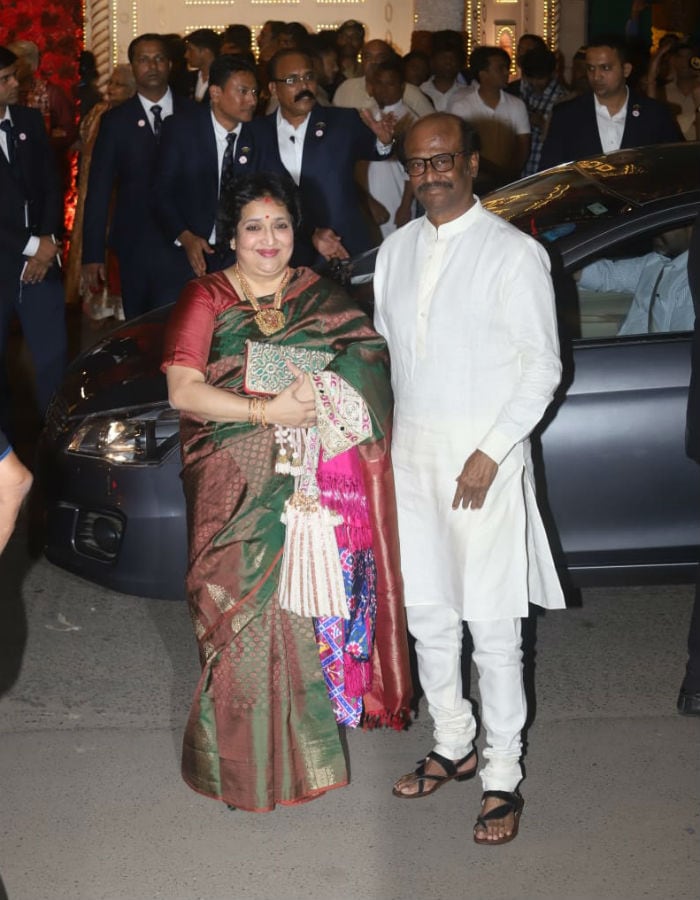 Rajinikanth with his wife Latha at Isha Ambani's wedding

Shah Rukh Khan made a late entry to the shaadi while his wife Gauri had checked in earlier. Gauri Khan was the brightest celebrity in red. And are always glad to see Salman Khan. 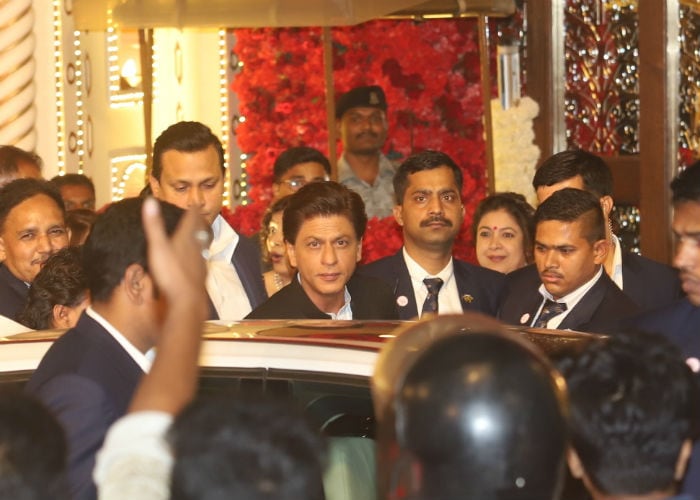 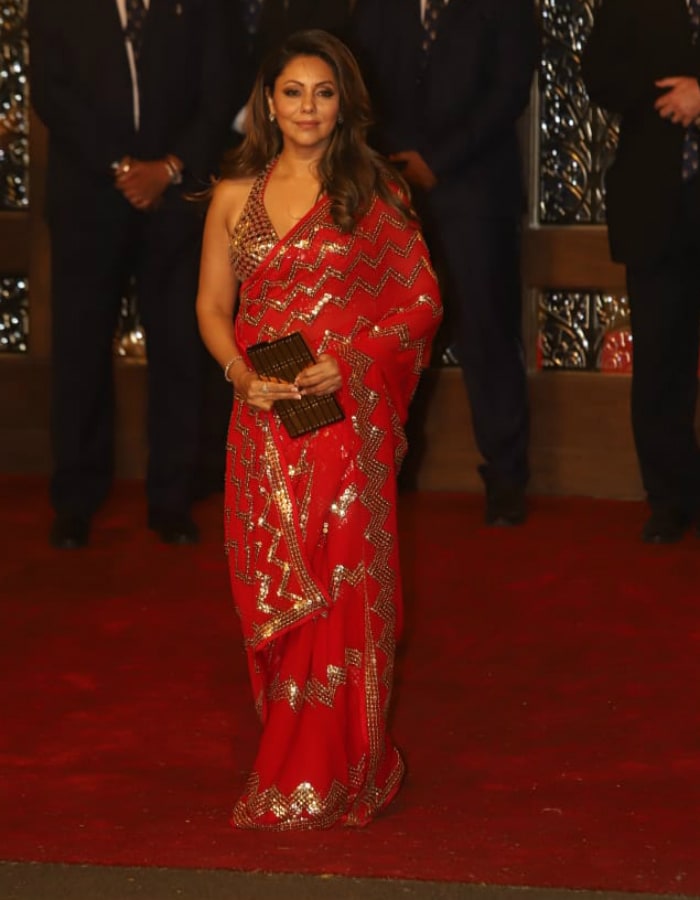 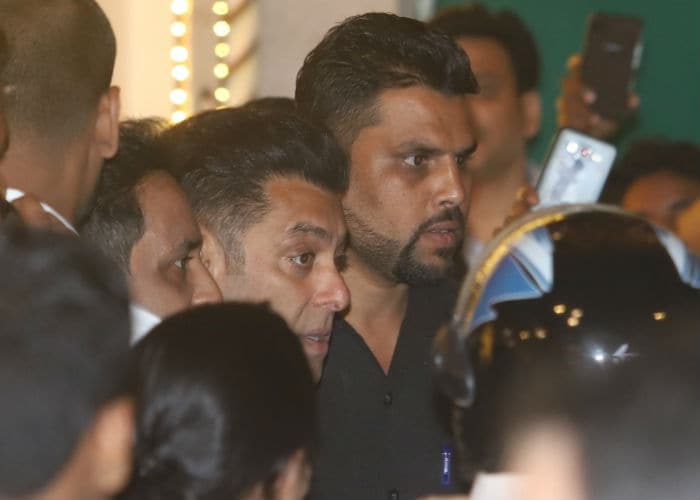 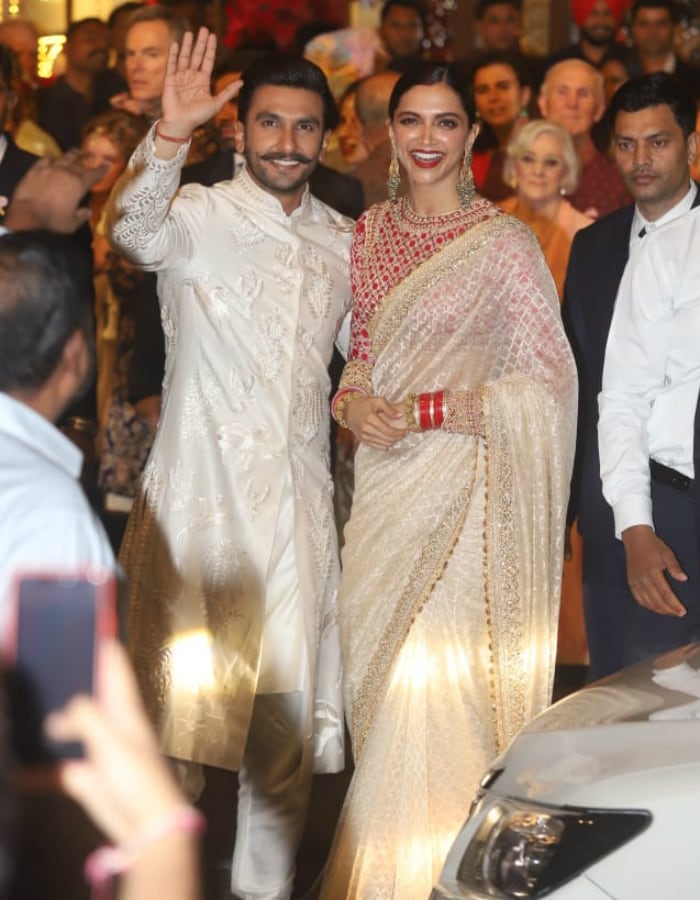 How stunning are these two?

Here's how the Bachchans sent the paparazzi in a tizzy at the Ambani-Piramal wedding. 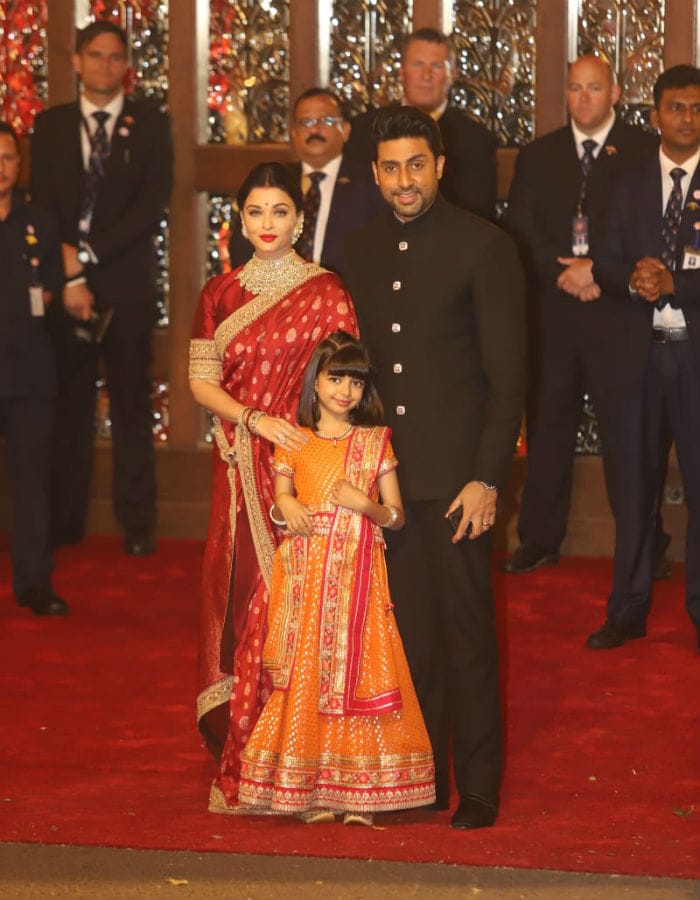 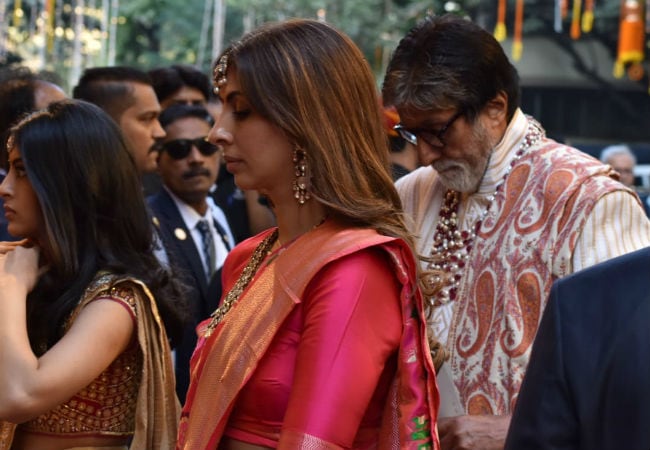 Amitabh Bachchan arrived at the wedding with Shweta and Navya 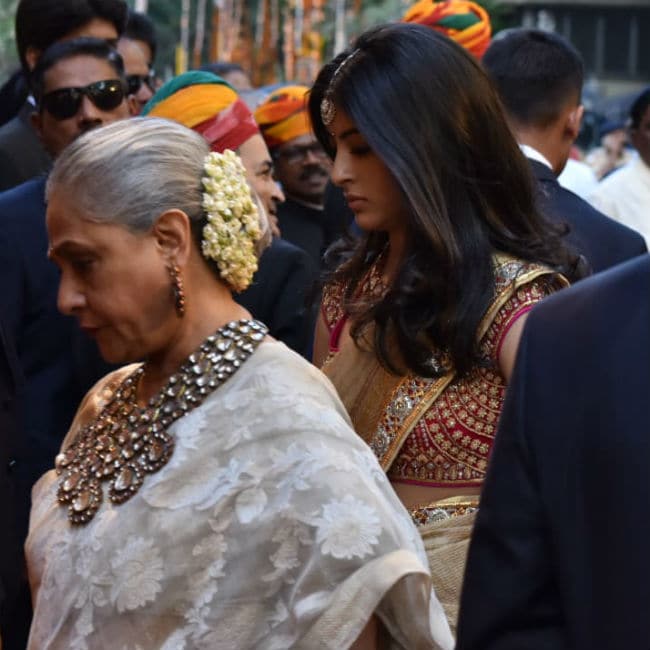 Ahead of their arrival in Antilia, we were also treated to delightful family portraits of the Bachchans on Aishwarya and Shweta's respective Instagram accounts. 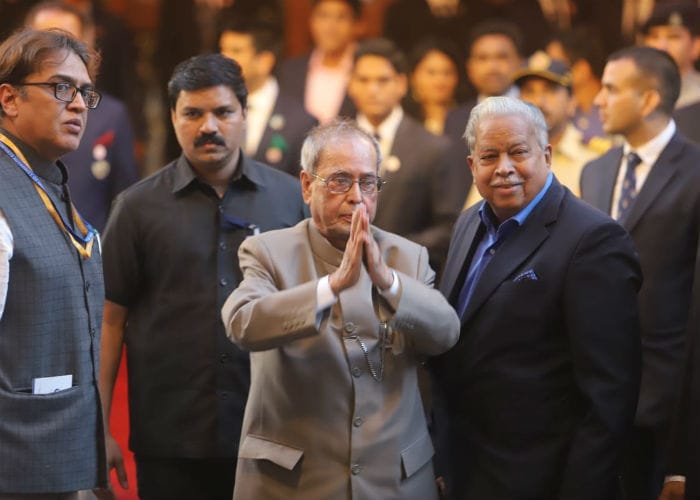 Meanwhile, Priyanka Chopra and Nick Jonas made for some stunning couple photos outside the venue. 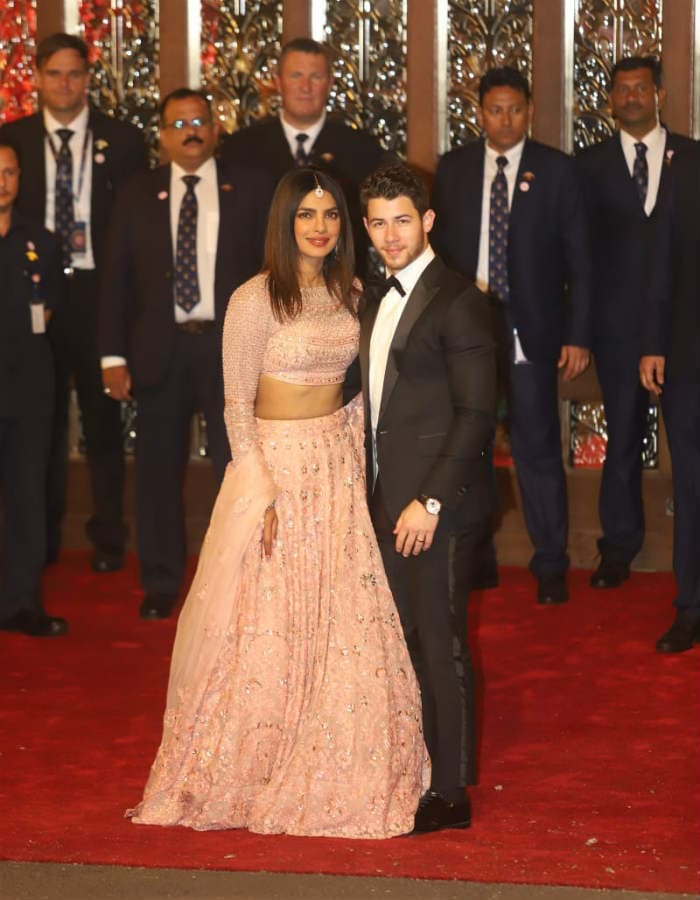 Ahead of joining the festivities, here's how Priyanka and Nick shimmered in the Mumbai sun.

The Kapoor sisters - Kareena and Karisma - were pristine in white. Saif Ali Khan, dapper as ever, was colour coordinated with them in white. 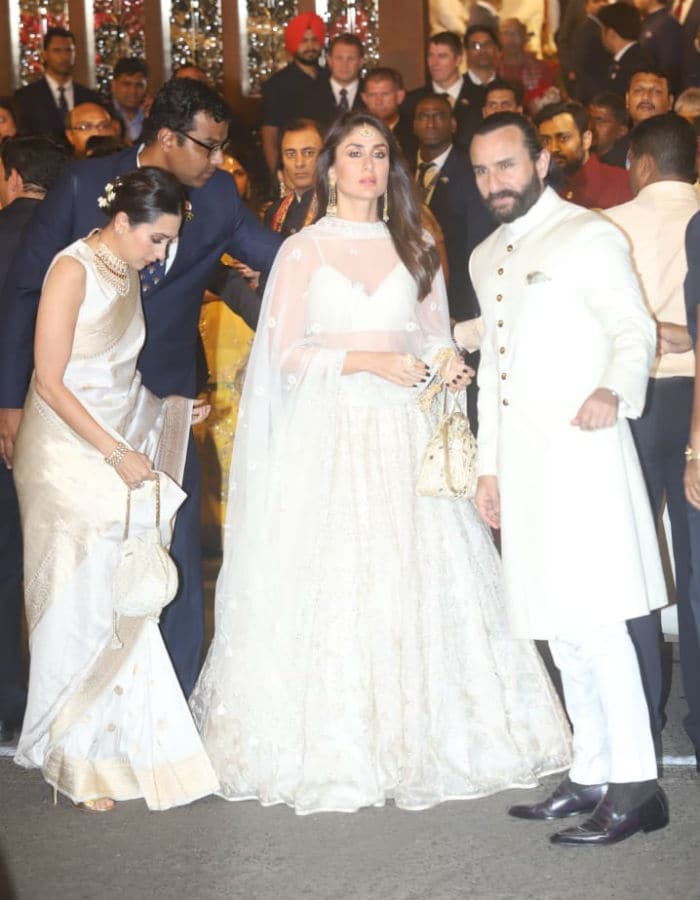 Alia Bhatt made us say 'wow' as she stepped out on the red carpet. She was absolutely gorgeous in a white and blue lehenga. 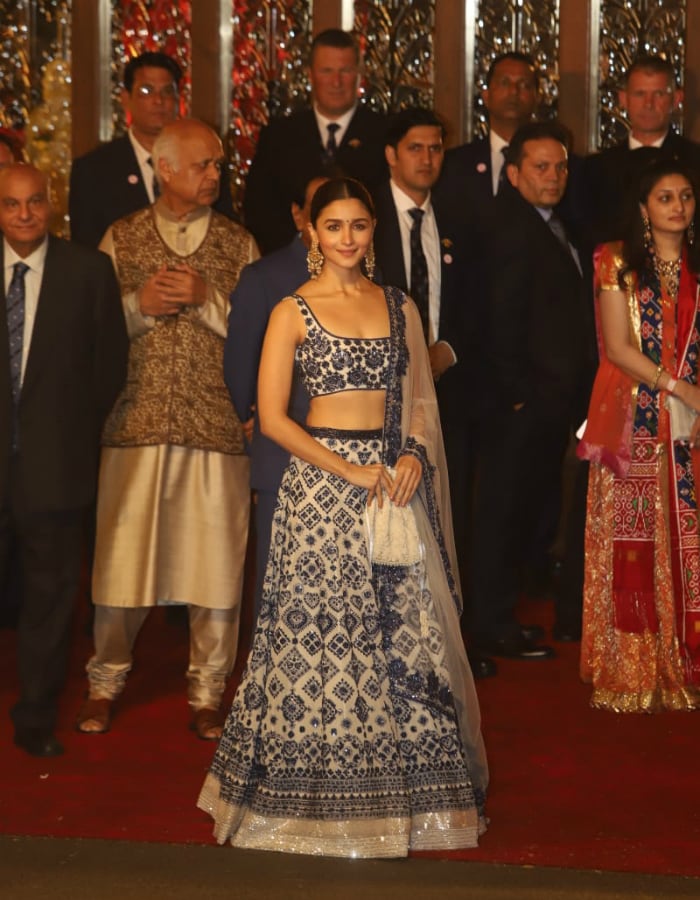 Janhvi and Khushi made a spectacular entry with dad Boney Kapoor. 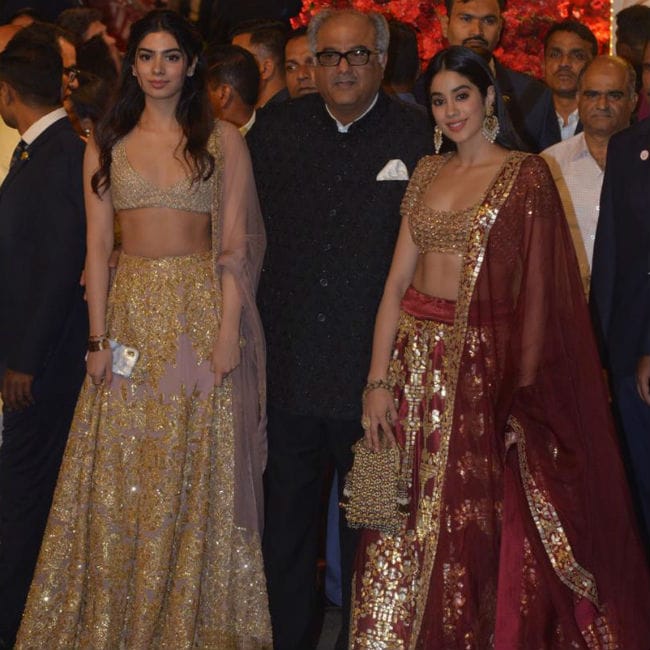 Sonam Kapoor's plus one at the party was dad Anil Kapoor. We also got a glimpse of Shahid Kapoor and Mira Rajput checking in. 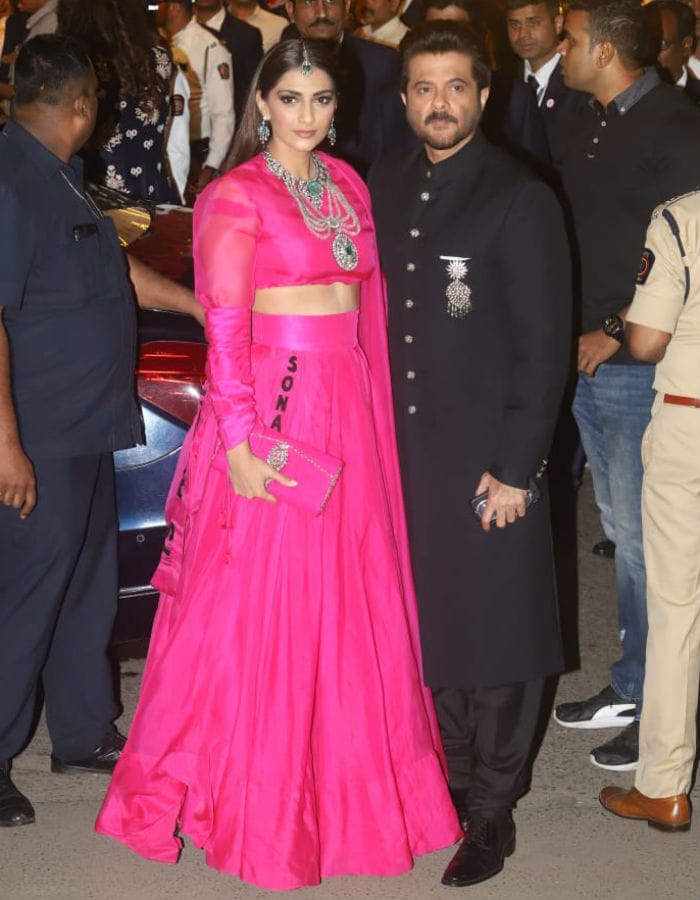 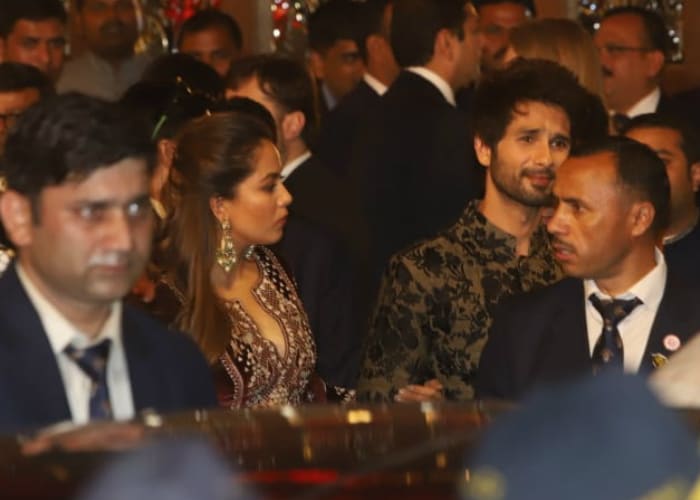 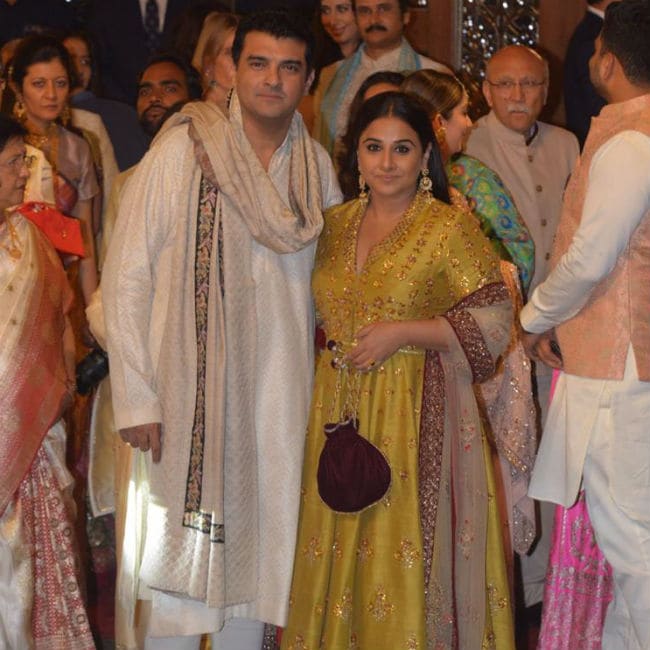 Meanwhile, happy to pose for the shutterbugs were Lara Dutta and her husband Mahesh Bhupathi and Raveena Tandon and her better-half Anil Thadani. And it's always a delight to see Shilpa Shetty. 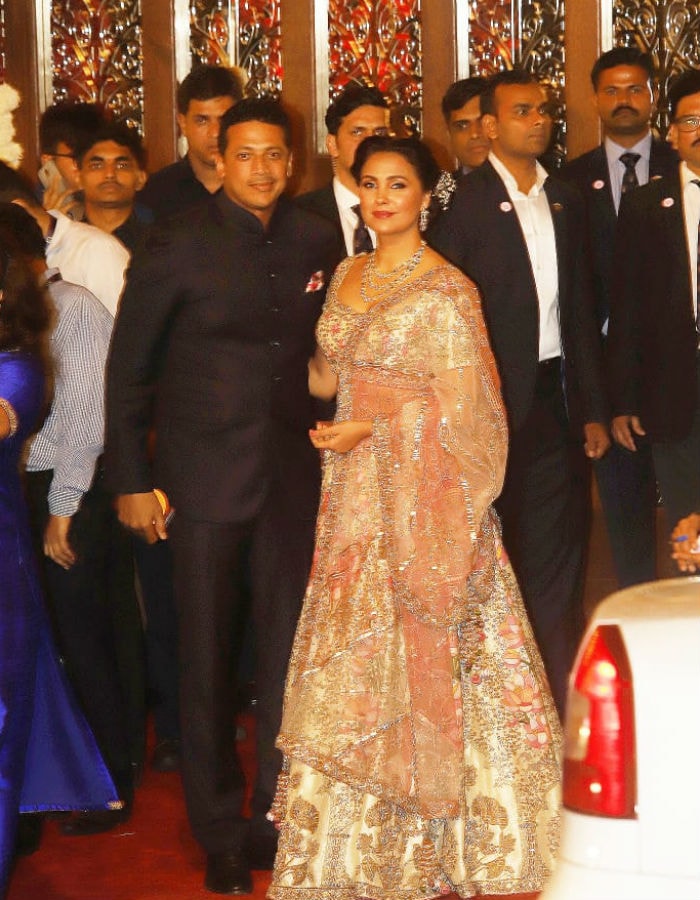 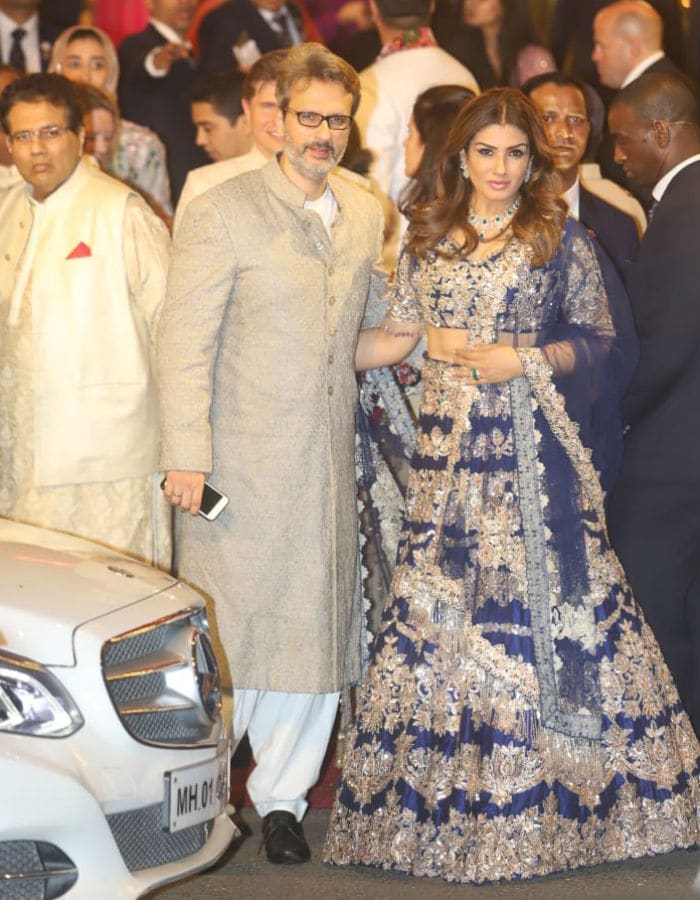 How gorgeous is Raveena Tandon? 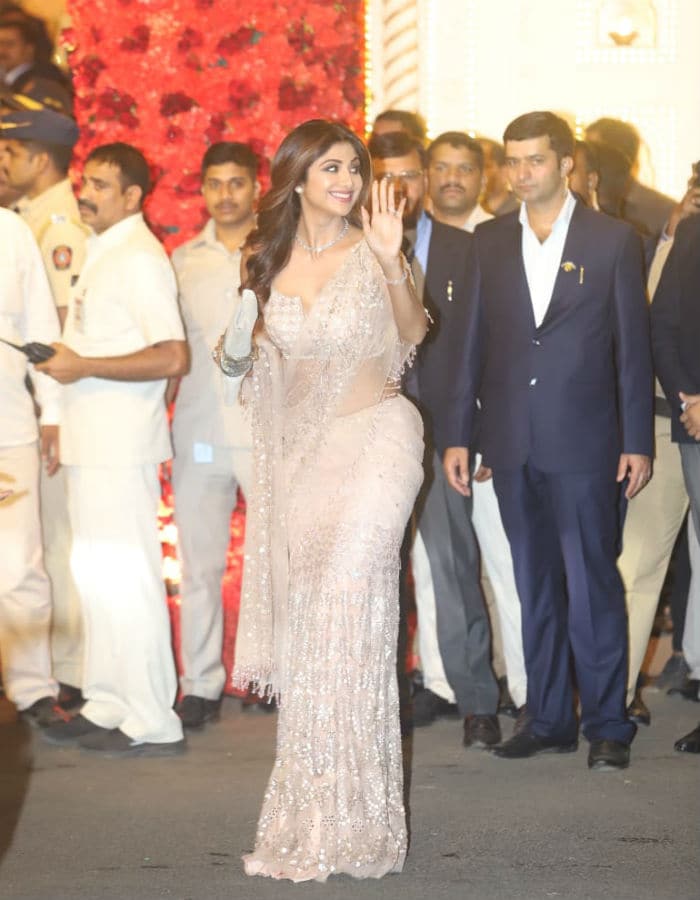 Aamir Khan and his wife Kiran Rao were one of the first guests to arrive at Isha Ambani's wedding. 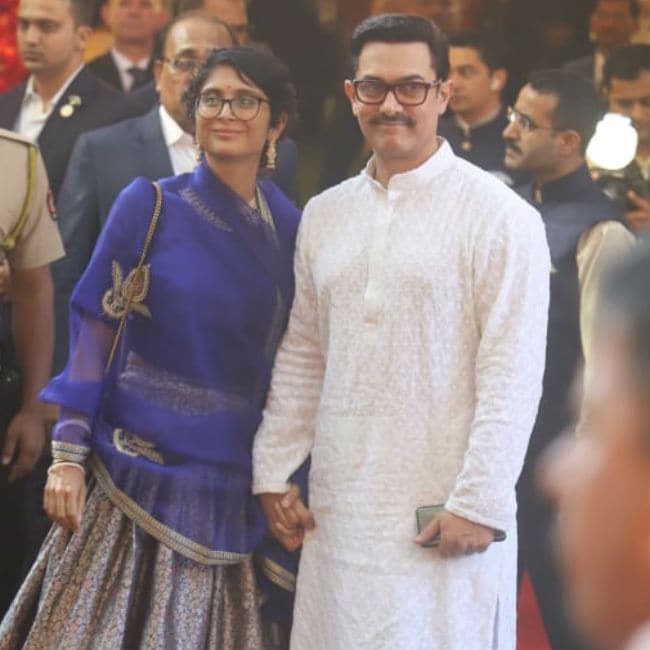 Aamir and Kiran photographed at the venue 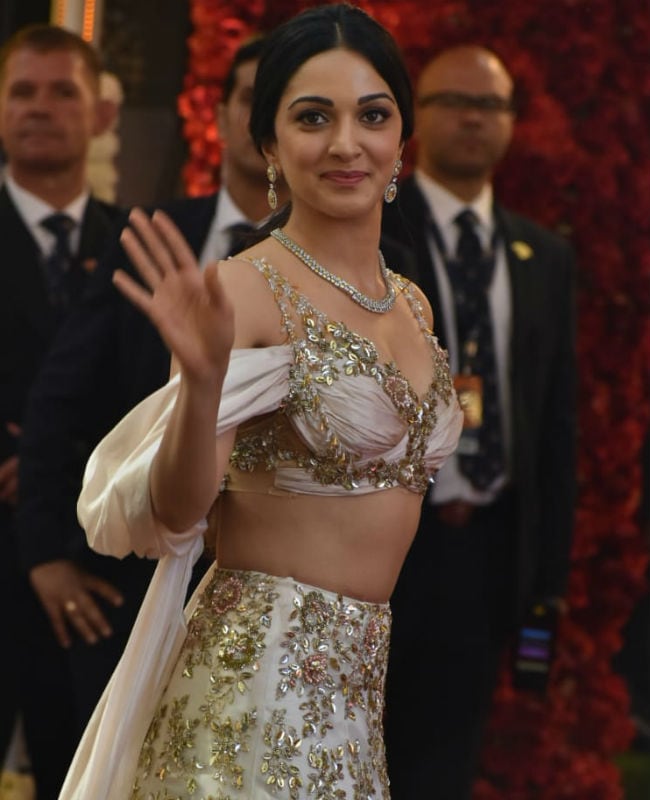 Kiara Advani at the wedding 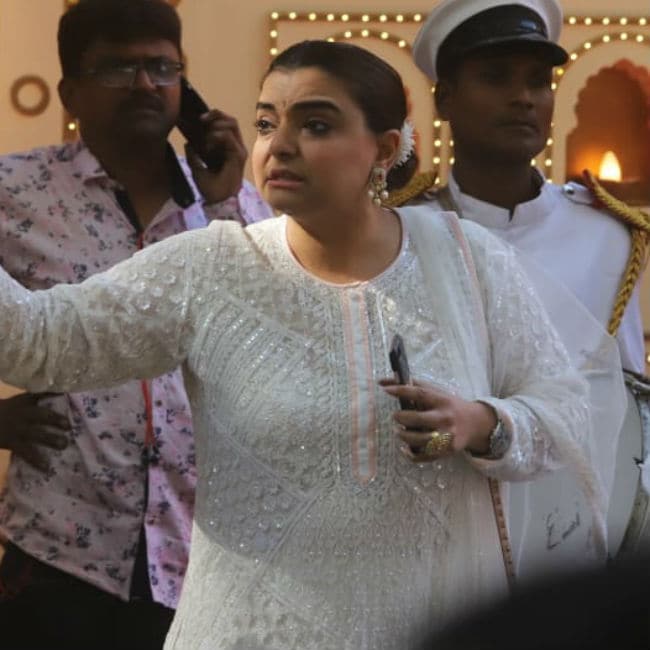 Vaibhavi Merchant at the venue

Meanwhile, inside pictures from Isha Ambani's wedding have been shared by fan clubs. Take a look:

Anand Piramal reportedly proposed to Isha Ambani in Mahabaleshwar in May. Their engagement party was held at Italy's Lake Como in September. Isha Ambani and Anand Piramal's pre-wedding festivities rocked Udaipur over the weekend with a bevy of Bollywood celebrities joining in the fun.