Aamir Khan Has 'Always Been' an Inspiration For Me, Says Anil Kapoor 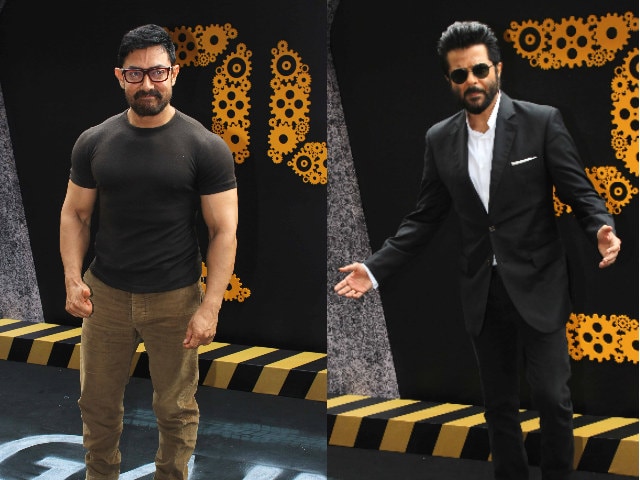 Mumbai: For Anil Kapoor, doing both television shows and films is a tough ask and he looks up to his colleague Aamir Khan for inspiration.

Mr Kapoor has been maintaining a fine balance by doing both television show and films. "It is a tough ride to do both TV and films. Aamir Khan has always been a leader and inspiration. He is younger than me and sometimes you learn from them," Mr Kapoor told reporters at the trailer launch of 24.

"I remember while doing Satyamev Jayate he did nothing else. I have had lot of film offers including an international film but I couldn't do it as I had to shoot from July to August. We will focus on 24," he said.

The first season of his television show 24, based on the American series of the same name, came in 2013 and now the Mr India actor is back with the second season.

"I work in films as well. I was committed to do two films - Dil Dadakane Do, Welcome Back. The kind of show 24 is we need to do that kind of preparation. Writing also takes time. In the future we would take less time," he added.

For the 59-year-old star, being part of 24 has been a learning experience.

"I am evolving everyday with 24 as a producer and actor. It's been a learning experience. This show is an adaptation but our dream is to make something that will travel all over the world," he added.

Mr Kapoor insists, no matter what the ratings of 24 would be, his passion and dedication for the show will be same.

Mr Kapoor, who worked with actors like Tisca Chopra, Mandira Bedi, Shabana Azmi and Anupam Kher in the first season, will be joined by Sakshi Tanwar, Sikander Kher and Surveen Chawl in the second season.