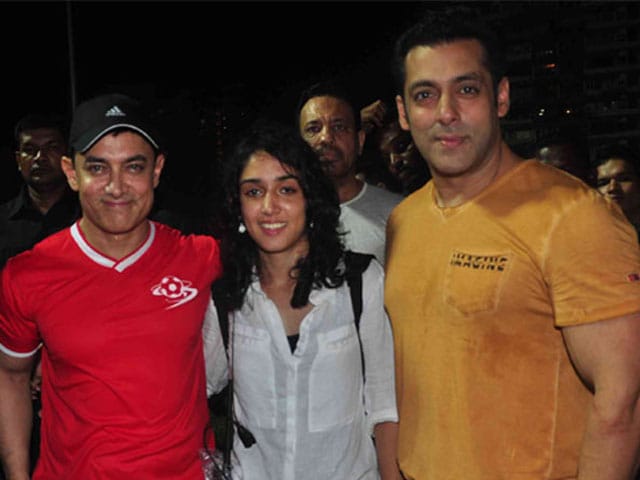 Salman with Aamir and his daughter Ira at an event. File photo

Promoted
Listen to the latest songs, only on JioSaavn.com
Arpita Khan will reportedly marry Delhi-based businessman Aayush Sharma at a grand ceremony in Hyderabad on November 18. The party will then move to Delhi and will reportedly conclude with a lavish reception in Mumbai on Novemer 21.