Aamir Khan Did Not Forget Sunny Leone's Birthday. What He Tweeted 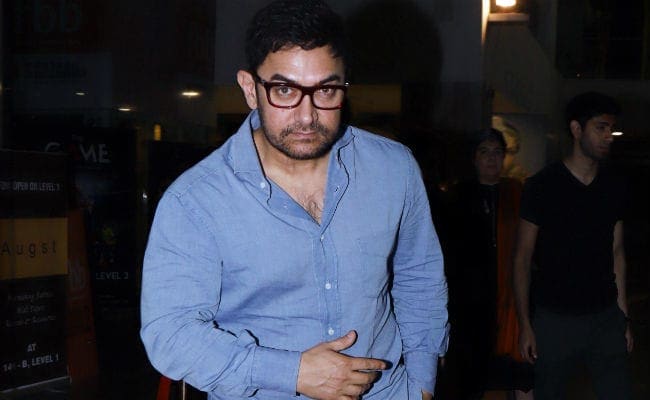 A late night wish on Sunny Leone's birthday made her special day all the more awesome, courtesy Aamir Khan. The 54-year-old superstar and fan-girl Sunny Leone continue to share a special rapport after their exchange of tweets in January 2016 (more on that later) and Aamir's birthday greeting to Sunny is just a glimpse of that. Aamir rounded off Sunny's 38th birthday with a Twitter greeting and wrote: "Dear Sunny Leone, wishing you a very happy birthday. Hope you had a great day. Wishing you a great year ahead, and many happy returns of this very special day. Love, Aamir." Aww.

Dear @SunnyLeone, wishing you a very happy birthday. Hope you had a great day. Wishing you a great year ahead, and many happy returns of this very special day.
Love.
a.

Though Sunny Leone hasn't responded to Aamir's tweet yet, she has always been a bona-fide fan of the Thugs Of Hindostan actor. Aamir Khan tweeted to Sunny Leone for the first time in 2015 after she said "you still look hot" for an advert, in which he featured in his 95 kilo look for Dangal. In 2016, Aamir tagged her in a tweet after her brilliant handling of an interview widely criticised for being judgemental and sexist. The viral interview highlighted Sunny Leone's past as an adult film star and invoked Aamir Khan asking if a star like him would ever want to work with her.

"I think Sunny conducted herself with a lot of grace and dignity in this interview.... I wish I could have said the same about the interviewer. And yes Sunny, I will be happy to work with you. I have absolutely no problems with your "past", as the interviewer puts it. Stay blessed. Cheers. Aamir," read his tweet.

I think Sunny conductd herself wid a lot of grace & dignity.I wish I cud hav said the same abt the interviewer (1/2) https://t.co/TDDHOlbOUL

Meanwhile, here's how big a fan Sunny Leone is of Aamir Khan: "Even if I get the opportunity to work with him for a second, I would be the happiest girl in the world forever," these are her words from an IANS 2016 interview. Sunny Leone, who said in previous interviews that she wants to work with the Khans, featured in a special song in Shah Rukh Khan's Raees .