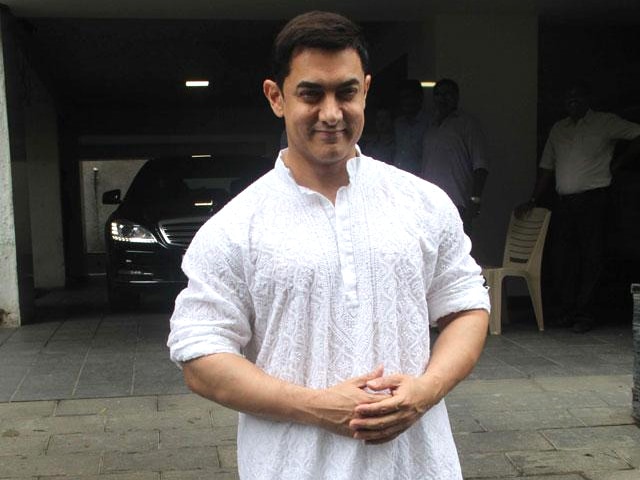 An open letter addressed to actor Aamir Khan reprimands him for his stand on the AIB Roast, which the superstar denounced as "violent". The note to the actor, from a blogger named Vidyut, reminds Mr Khan that he defended his own films, PK and Delhi Belly, when they were accused of offensive content.

"You know first-hand what happens when angry people don't like content. Do you see the anger as your fault?" Mr Khan, 49, is asked.

In December 2014, when PK, starring Mr Khan was released, right-wing hardliner groups demanded it be banned because they said it mocked Hinduism. Some theatres that screened the film were vandalized. PK was a mega block-buster, earning more than Rs 640 crores worldwide.

"The issue is way bigger than a juvenile video or what you or I think about it, when you expand your opinion into a blanket responsibility on the creator for 'Who is responsible for hurt sentiments?' " the blog states.

The open letter was tweeted by film director Tarun Mansukhani who urged Mr Khan to be a 'responsible celebrity.' Filmmaker Anurag Kashyap, who was among the Bollywood guests at the AIB Roast, has also indirectly weighed in by posting a video of Aamir Khan defending Delhi Belly on his Facebook page. In the video, Mr Khan says: "I have already informed my audiences that it is an adult film. Please do not go with your kids and those who have a problem with this kind of language shouldn't come either. I try my best to inform the audiences before-hand. If the audience is adult, they can decide themselves." 2011 film Delhi Belly, produced by Mr Khan, ran into controversy over the lyrics of song DK Bose, considered vulgar by a section of viewers.

Promoted
Listen to the latest songs, only on JioSaavn.com
The AIB Roast of actors Ranveer Singh and Arjun Kapoor has been deleted from YouTube; multiple police cases have been filed against AIB, a group of four comics, as well as the actors. The Maharashtra government's pledge to investigate whether the event violated the law has incited a fierce online debate about the freedom of expression.

Days ago, Aamir Khan said at an event that he had watched two clips from the Roast and didn't find it funny. "I felt it was a very violent event. Violence is not only physical, it can be verbal and emotional too. When you insult someone, you perpetuate violence," Mr Khan said. However, he was careful to clarify that there ought to be no witch-hunt against those involved in the Roast if no law had been broken. "If I don't like something that you have done, I should communicate it firmly strong words. I didn't like what you have done. I fold my hands and request you not to do this. But that's where my interference in how he should conduct himself ends," Mr Khan said.