'Aamir Khan And Salman Khan Are 'Idols' For This Actor's Generation

"Dangal and Bajrangi Bhaijaan both these movies have motivated a lot of actors," said Ram Charan 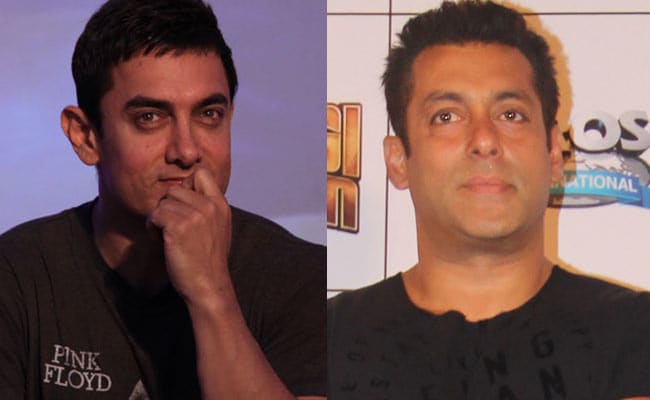 Aamir Khan and Salman Khan at different events in Mumbai

New Delhi: Telugu superstar Ram Charan, who is currently basking in the success of his last release Rangasthalam says that Bollywood stars Aamir Khan and Salman Khan are 'biggest examples for today's generation,' reports news agency PTI. Both Aamir and Salman have given hugely successful films and some of their recent projects like Dangal and Bajrangi Bhaijaan were huge hits. Their films also opened in China. "Dangal and Bajrangi Bhaijaan both these movies have motivated a lot of actors, filmmakers and producers. Earlier, we used to differentiate, but today there is a blend of critically-acclaimed and commercial hits. These two (actors) are biggest examples for today's generation. We get confidence when we see our idols -- Aamir and Salman -- do this. As the next generation we should up the bar and try to follow them," Ram Charan told PTI.

Ram Charan's Rangasthalam, which also starred Samantha Ruth Prabhu, was set against a village backdrop in the 1980's. It featured Ram Charan as Chitti Babu as light-hearted person, who is partially deaf. Of the film he told PTI that more than its commercial success, he was 'concerned about doing justice to the character.'

Promoted
Listen to the latest songs, only on JioSaavn.com
"I agree about the industry not delivering, but the pressure on me was more about the character we took, the genre and the period we were experimenting. That was more important than doing anything for the industry because that's beyond your reach. But with the film's success, it's been a relief for the industry and I have also found my space as an actor, which I am really satisfied with," he said.

Ram Charan is now prepping to reunite with Baahubali director S S Rajamouli. They had made Magadheera nine years ago. "I am really excited. I am so happy to be working with him again. I am sure it will be challenging and fun. He is still working on the script," Ram Charan told PTI. The untitled film also stars Jr NTR. (With PTI inputs)