A Thugs Of Hindostan Update, Posted By Aamir Khan And Katrina Kaif

The Thugs Of Hindostan logo has over 220,060 views on YouTube 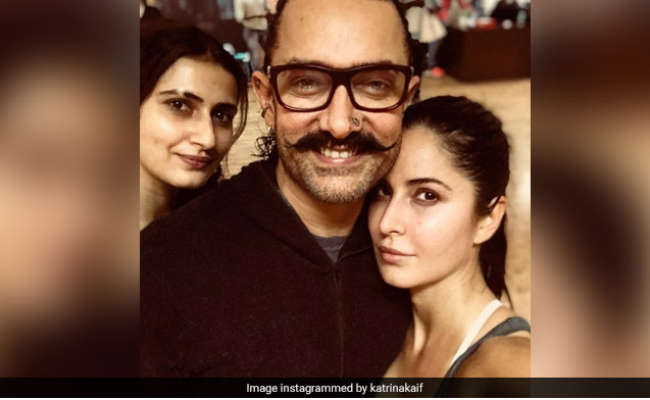 The much-awaited logo of Thugs Of Hindostan along with the film's release date was unveiled by Aamir Khan, Katrina Kaif and Fatima Sana Shaikh on social media and dramatic can't even begin to describe it. The 1.16-minute-long video begins with the reminder that the film is slated to release on Diwali (November 8). The video comprises abstract images of a red flag, silhouette of a castle, a map of India and a hawk insignia with crossed swords. However, it is the intense music that adds definition to the video. Though it is hard to decipher the film's plot based on the first look but it does leave the audience asking for more.

Check out the Thugs Of Hindostan logo here:

It wouldn't be wrong to say that the video is going pretty viral. The motion logo received over 220,060 views within a few hours and we are not surprised at all. Aamir Khan shared the logo on social media and wrote: "The thugs are coming, love." Film's leading lady, Katrina Kaif too shared the logo on her Instagram profile and wrote: "This Diwali, the thugs will take over."

Directed by Vijay Krishna Acharya and produced by Aditya Chopra's Yash Raj Films, Thugs Of Hindostan is reportedly based on the 1839 novel Confessions Of A Thug by Philip Meadows Taylor.

Thugs Of Hindostan is Aamir Khan's second collaborative project with Vijay Krishna Acharya. The duo have earlier worked together in Dhoom 3. Interestingly, this is the first time that Aamir Khan will be seen sharing screen space with Amitabh Bachchan.

Thugs Of Hindostan is scheduled to release on November 8.