A Throwback Treat: Kapoor Sisters Karisma, Kareena Like Never Before 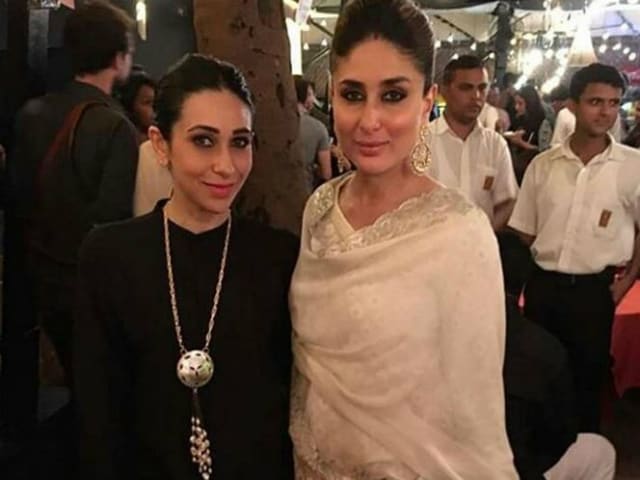 New Delhi: It's not Thursday but we struck gold as we came across a throwback picture of the younger Kapoor sisters - Karisma and Kareena on Instagram. On an unverified profile, which bears Karisma's name, an old picture featuring the two sisters was shared on Monday.

It appears that the Kodak moment dates back to 1997, when Karisma won her first Filmfare Award for Best Actress, courtesy Raja Hindustani. Kareena, who made her debut with Refugee in 2000, was yet to join the industry then. 1991's Prem Qaidi is what Karisma made her debut with.

Old is gold. True that.

Karisma Kapoor, 42, is admired for movies like Dil To Pagal Hai, Fiza, Zubeidaa and Rishtey. She was last seen in 2012's Dangerous Ishhq. Kareena Kapoor Khan, 35, is married to actor Saif Ali Khan and the couple is expecting their first child. Kareena will begin shooting for her upcoming film Veere Di Wedding in October.