A Sequel To Shah Rukh Khan And Kajol's Baazigar? 'Yes, With A Good Script,' Says Filmmaker

Baazigar co-director Abbas Burmawalla said, "I don't know if anybody else will be able to justify Shah Rukh's role if a remake is ever made." 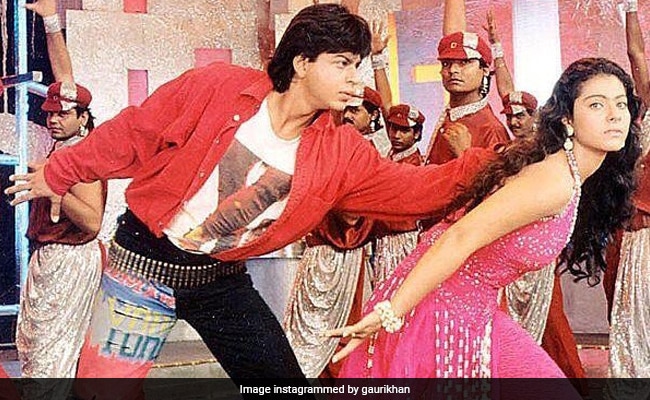 Filmmaker Abbas Burmawalla of the Abbas-Mustan duo said that they're A-OK about making a sequel of their cult film Baazigar, which recently completed 26 years, but he added that a remake of the film, which featured Shah Rukh Khan and Kajol in the lead roles, won't be a good idea, reported news agency IANS. Abbas Burmawalla said: "Nobody would easily agree to play the character that Shah Rukh played in Baazigar. I doubt whether youngsters of today would say yes to such a role. I don't know if anybody else will be able to justify the role if a remake is ever made. Even if the role is modified a bit, we don't think anybody else will be able to pull it off in the way he did."

Snubbing the possibility of a remake, Abbas added: "If we get a good script, which is worthy of a sequel, we will definitely give it a thought."

Baazigar is a revenge thriller, in which Shah Rukh played the quasi-antagonist. Cheated by Madan Chopra (Dalip Tahil), Ajay (Shah Rukh) decides to avenge the death of his father and sister by killing Madan Chopra's elder daughter Seema (Shilpa Shetty's Bollywood debut role). Ajay as Vicky Malhotra gets engaged to Madan Chopra's younger daughter Priya (Kajol) and he then takes over the business empire which once belonged to his father.

Apart from Baazigar, Abbas-Mustan directed Shah Rukh in Baadshah and they are eager to collaborate with the actor again. "We are looking for the right script that will excite him. We are extremely eager to work with him on another film," Abbas told IANS. "He is extremely popular even today. From the time when we worked with him in Baazigar, his passion and dedication towards his work has remained the same. The only thing he thinks about is films. It's rare to find this level of dedication these days," he added.

Baazigar was the fourth highest earning Bollywood film of 1993 and it released a month before Shah Rukh's other iconic film Darr.