S P Balasubrahmanyam: He was the voice of several songs composed by A R Rahman, starting with his soulful rendition of the Roja title track. 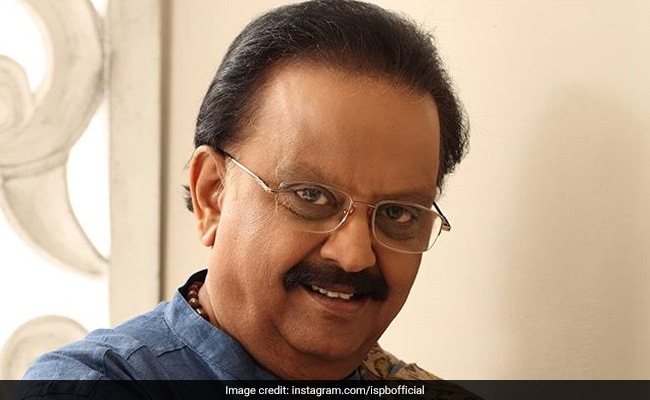 S P Balasubrahmanyam: He died at the age of 74 (courtesy ispbofficial)

When Roja released in 1992, both Tamil and Hindi audiences were smitten by its soundtrack - the work of debutant composer A R Rahman. Rahman's melodies were brought to life by a small ensemble of singers who would later become his most frequent collaborators - among this select group of vocalists was S P Balasubrahmanyam, who sang several tracks from Roja. SPB, as the singer was called, died on Friday after a nearly two-month stay in a Chennai hospital where he was taken after testing positive for COVID-19. He was 74. After his death, A R Rahman shared two grief-stricken posts. "Devastated," Rahman wrote minutes after the singer's death. Later, he posted a tribute to S P Balasubrahmanyam, describing him as "The voice of victory, love, devotion and joy." With the words, Rahman share an obituary set to a song snippet.

Among the very first posts that flooded social media after S P Balasubrahmnyam's death was this one from Rahman - he could simply type out "devastated."

In August, when S P Balasubrahmanyam was taken to hospital to be treated for the coronavirus, A R Rahman shared a post wishing him a speedy recovery.

I request all the music fans to pray for this legend along with me ..#SPBalasubrahmanyam ..he has given us so much joy with his amazing voice! https://t.co/8r2TjQe6wj

Back to 1992 and Roja. S P Balasubrahmanyam was a giant of the music industry - having already won four of his six National Awards - and A R Rahman was just starting out. SPB sang three songs in the Tamil original - Rukkumani Rukkumani, and the duet and solo versions of Kaadhal Rojave. In the Hindi release, he sang two duets - Yeh Haseen Waadiyan and a version of Roja Jaaneman (the second version was sung by Hariharan).

Roja was the first of many SPB-Rahman projects together. They worked together on any number of films, including the massive hits Gentleman, Sivaji and Enthiran. Songs such as Anjali Anjali, Vellimalare, Kadalenum, Azhagana Rakshasiyea, Swasamae, July Matham, Minnale Nee and Thoda Thoda are some of Rahman and S P Balasubrahmanyam's most memorable creations.

S P Balasubrahmanyam was admitted to Chennai's MGM Healthcare hospital on August 5 for COVID-19. Weeks later, he tested negative but continued to remain on life support. S P Balasubrahmanyam is survived by his wife Savitri, daughter Pallavi, and son S P Charan, who is a producer and a singer.