A R Rahman said, "I am looking forward to creating music for this heartwarming venture" 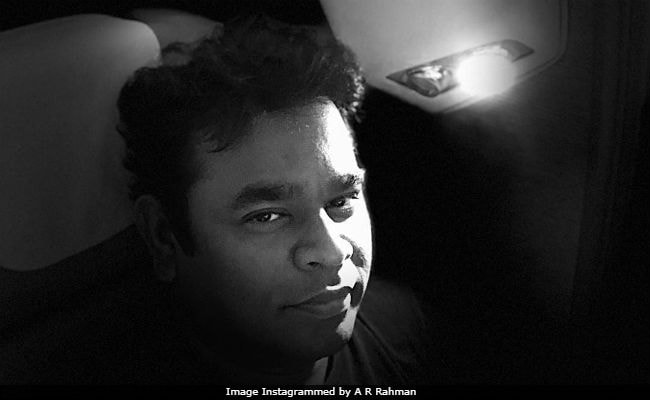 New Delhi: Two-time Oscar winner A R Rahman, who has been signed to compose music for the much-anticipated Hindi remake of 2014's Hollywood film The Fault In Our Stars, is 'excited' to be onboard, reported news agency PTI. Rahman is 'looking forward to creating music for this heartwarming venture, which as beautifully woven the music into the narrative.' "I have had the pleasure of collaborating with Fox Star Studios and Mukesh Chhabra on many projects in the past and they have all been great experiences. When I heard the narration of their Indian adaptation of The Fault In Our Stars and especially how music is so beautifully woven into the narrative I got quite excited. I am looking forward to creating music for this heartwarming venture."

The Hindi remake of The Fault In Our Stars will be directed by Mukesh Chhabra and will star Sushant Singh Rajput as the lead actor. Speaking of Rahman's association with the project Mukesh Chhabra told PTI, "As a casting director, I have worked on many films where A R Rahman sir was the music composer but it was like a dream come true when he agreed to do the music for The Fault In Our Stars remake. It is truly a hand of encouragement and boost for a debutant director like myself to have A R Rahman sir on board."

Even Fox Star Studios is delighted to have A R Rahman onboard. Vijay Singh, CEO, Fox Star Studios in his statement to PTI had said that with 'Rahman's Midas touch the film is all set to hit the right notes.' "We are thrilled to have A R Rahman on board for the hindi adaptation of our Hollywood hit, 'The Fault In Our Stars'. Fox Star Studios and A RRahman have had a very special relationship over the years and we can't think of a better project to work on. With Mukesh Chhabra, the ace casting director making his directorial debut, and A R Rahman s Midas touch, our film is all set to hit the right notes with music lovers," PTI quoted Mr Singh as saying.

The Fault In Our Stars is a story about a young boy (cancer survivor) meeting another girl suffering from terminal cancer at a support group. They end up falling in love. The Josh Boone-directed film is based on John Green's novel of the same name. The 2014 film stars Ensel Algort and Shailene Woodley.

Promoted
Listen to the latest songs, only on JioSaavn.com
A R Rahman had won two Academy Awards for his soundtrack in 2008 film Slumdog Millionaire . He recently performed at the 2018's Oscar Concert, with the likes of Tan Dun, Quincy Jones, Mica Levi, Rachel Portman and many more.