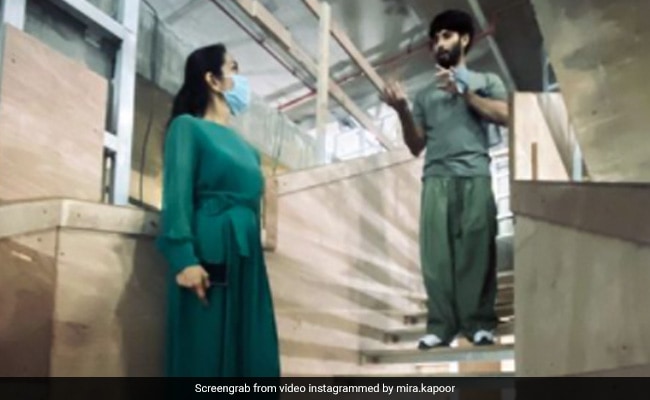 Shahid Kapoor and Mira Rajput, who live with their kids in Juhu, also own a swanky apartment in Worli. Of late, the couple have been sharing snippets of the apartment on Instagram, hinting that work is going on in their new home. On Tuesday, Mira Rajput and Shahid Kapoor dropped by their work-in-progress apartment to get an update - Mira shared a snippet of her visit on Instagram. "One step at a time," Mira captioned the photo with a play of words. In the photo, Mira and Shahi, casually dressed, can be seen busy in conversation on the stairs. Mira also tagged interior designer Annkur Khosla in her Instagram story, hinting that the interiors are being done up. 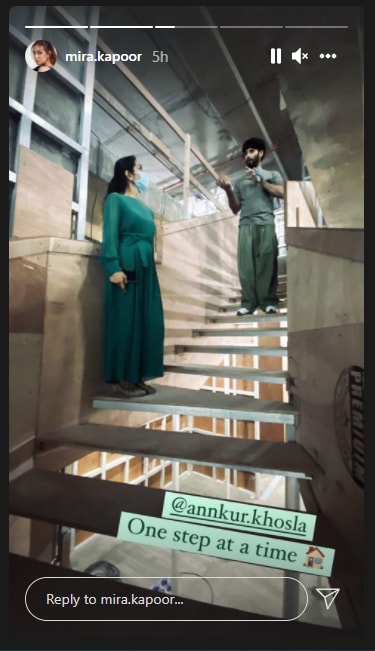 Shahid Kapoor and Mira Rajput bought the new house in 2018 for a reported sum of Rs 56 crore. The plush duplex occupies the 42nd and 43rd floors of the high-rise Three Sixty West. Shahid and Mira's apartment has a gorgeous view of the sea and also the Bandra Worli Sealink.

Speaking to DNA in an interview earlier, Shahid Kapoor shared the details of his new home and said: "I have bought a new home in Central Mumbai. It will be a year-and-a-half, perhaps even two, before we do the interiors and move in there. The new home that Mira and I have booked has a garden and other amenities like a gymnasium, etc. Today, our requirement is having a safe place for Misha where she can play with others. We want her to be with kids of her age because that's how she will have a regular childhood."

Shahid Kapoor and Mira Rajput, who got married in 2015, are parents to kids Misha and Zain, both of who recently celebrated their birthdays. Misha turned five while Zain is three. Mira and Shahid celebrated their sixth wedding anniversary in July this year. Mira Rajput, an Instagram favourite, often trends for her yoga routines and lifestyle videos.