A Flying Jatt Trailer: Who Will Save Tiger Shroff From Himself? 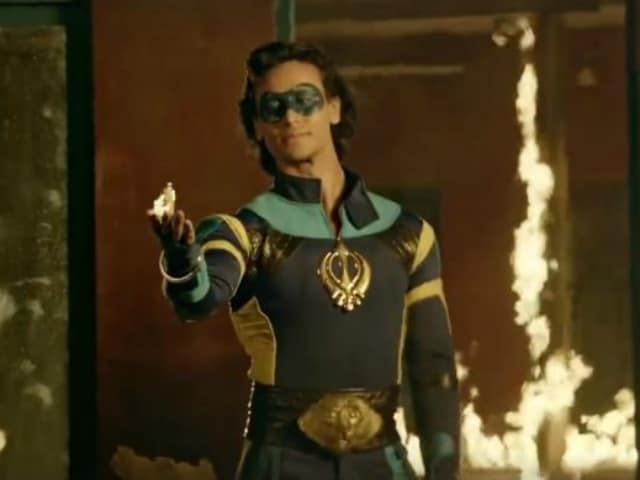 A still from the film A Flying Jatt.

New Delhi: "Mujrimo ka dushmaan, garibo ka dost" - Tiger Shroff's mission statement in A Flying Jatt is admirable but, as the trailer revealed on Monday, taking off is extremely hard.

This homegrown superhero is in super difficulties when we first find him attempting a rescue from a burning house - in this, and several subsequent situations, Flying Jatt embarrasses himself with clockwork regularity.

Things come to a watershed when Australian wrestler-turned-actor Nathan Jones beats him to pulp, presumably triggering a Kung Fu Hustle-type of chi-flow. Flying Jatt does truly fly now - in fact, he soars all the way to outer space.

However, since he's still a homeboy, he has to juggle saving the world with doing jharu-pocha and other household chores assigned to him by his nagging mother, played by Amrita Singh.

Jacqueline Fernandez co-stars in the film as does Kay Kay Menon.

Watch the trailer:
Directed by Remo D'Souza and produced by Balaji Motion pictures, A Flying Jatt is scheduled to hit screens on August 25.