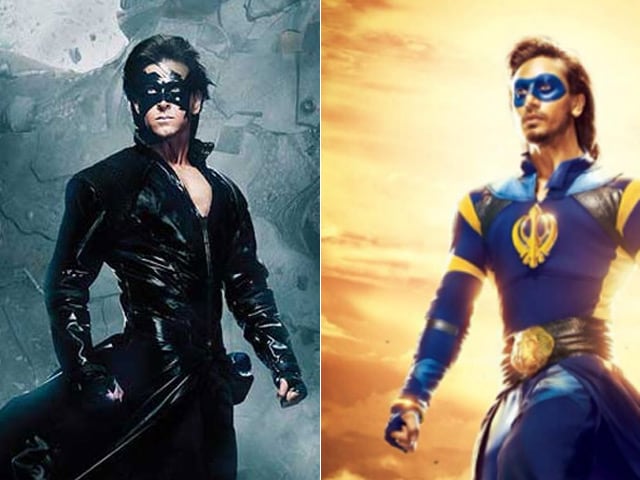 Image on the right was posted on Instagram by tigerjackieshroff.

Mumbai: Actor Tiger Shroff plays a superhero film in his upcoming film A Flying Jatt, and the actor said that his character is different from any of the Indian movies made in that genre so far.

So, is A Flying Jatt similar to Abhishek Bachchan's Drona or Hrithik Roshan's Krrish?

"But my character and his powers are not like those you have seen. I am also a lot younger than both Drona and Krrish," said Tiger.

The film, which also stars professional wrestler Nathan Jones in a negative role, is scheduled to release on August 25.

Tiger, 26, made his debut in Bollywood with 2014's Heropanti and his new film Baaghi released on April 29.

"Action hero is a sort of an identity that I have made. Heropanti was a family drama. Baaghi is a love story but because I do action differently from other people, it has become a highlight. That stands out and people take it back after the movie is over," said Tiger.

Tiger, however, said that he is comfortable trying other genres as well.

"I am comfortable doing any type of films. It really depends on the emotional content in the script. Even when it comes to action films, if there is a motivation behind all the action, I would love to do it," said Tiger.