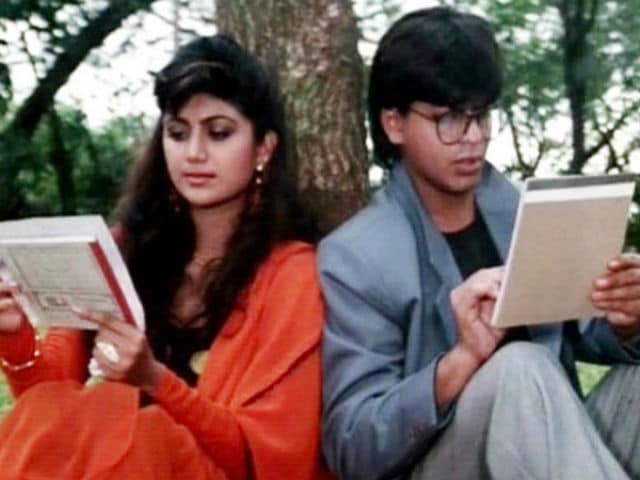 A still from Baazigar.

New Delhi: 1993 film Baazigar was remarkable in several ways - it made a star of Shah Rukh Khan, it was Kajol's breakout movie and it launched Shilpa Shetty. Two decades later, Shilpa, now 41, bumped into her 'first hero' on Monday - she was shooting a commercial, he was filming next door.

On Instagram, Shilpa shared a picture with the 50-year-old actor, always charming.

Feel that nostalgia was over you.

And guess who was shooting next door ,my "Baazigar" forever@iamsrk u are Charming personified always So lovely seeing u #hero #nostalgic #memories #firsthero

Lovely to see you. You know it better than any one else... they don't call me 'lady killer' for nothing. https://t.co/P4U4RImFP6

Shilpa and SRK never co-starred after Baazigar but the actress did appear in the song Deewangi Deewangi from SRK's 2007 film Om Shanti Om.

Shah Rukh Khan has a few months to go before his next film Raees releases on January 26, 2017.