9 Years Of Jannat 2: Esha Gupta Is "Humbled And Grateful". Here's What She Wrote 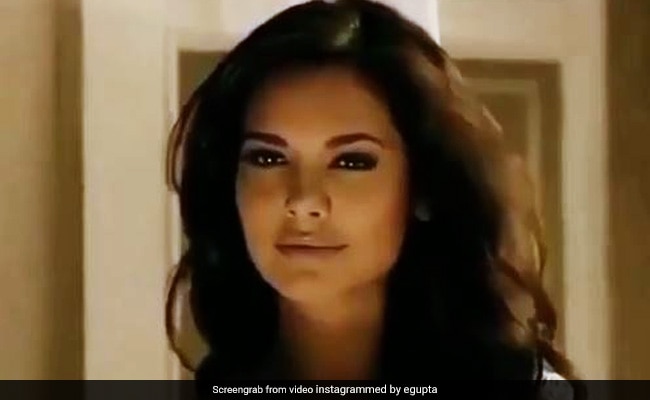 Esha Gupta in a still from her film Jannat 2. (Image courtesy: @egupta)

Emraan Hashmi and Esha Gupta's 2012 film Jannat 2 completed 9 years of its release today. Esha, who made her debut alongside Emraan in the 2012 film, "can't believe" that it has been 9 years since then. On Tuesday, the actress posted a video of song Sang Hoon Tere from Jannat 2 on Instagram. In her caption, Esha wrote that she is "humbled and grateful" as the actress completed 9 years in Bollywood with her debut film Jannat 2. Keeping the current pandemic situation in mind, she also shared an infographic of helpline number for COVID-positive patients. Esha's post also features helpline numbers for people in case anyone know such children who have lost their parents to the virus.

"I know times are tough and we are all in this together, fighting our own war. Mental health and children welfare should be our priority," read an excerpt from Esha's post.

"Humbled and grateful, can't believe it's been 9 years today since my debut with #jannat2, it's all of your love and acceptance that has made me who I am today. I know times are tough and we are all in this together, fighting our own war. Mental health and children welfare should be our priority, please swipe for more information. Take care India, remember to hug your loved ones and call your friends and family everyday to checkup on them," read her full post.

Filmmaker Kunal Deshmukh directed Jannat 2. Mahesh Bhatt and Mukesh Bhatt co-produced the movie. The successful crime thriller is a sequel to the 2008 hit Jannat which featured Emraan Hashmi and Sonal Chauhan as leads. While Jannat was based on the concept of match-fixing,Jannat 2, which was shot in New Delhi, dealt with the issues of illegal arms in the city.

Emraan Hashmi played the role of Sonu Dilli, an arms dealer. Esha was cast as Dr Jhanvi and Emraan's love interest in the film. Apart from Emraan and Esha, Jannat 2 also featured Randeep Hooda in a key role. Randeep played the role of ACP Pratap Raghuvanshi who interrogates Emraan's character.

Esha Gupta was nominated in the category of Best Female Debut at the Filmfare Awards for her performance back then.

After Jannat 2, Esha Gupta worked in films such as Raaz 3D, Humshakals,Rustom and Baadshaho to name a few. She was last seen in film One Day: Justice Delivered, which released in 2019.