The actress played the role of Akira, a journalist in the movie 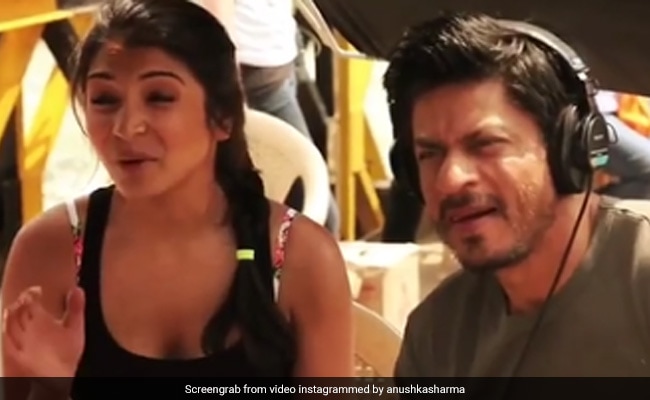 Anushka and SRK in a still from the video. (courtesy anushkasharma)

“Har ishq ka ek waqt hota hai… Woh hamara waqt nahi tha… Par iska yeh matlab nahi ki woh ishq nahi tha” - what a dialogue. Now, can you guess this is from which movie? Hint: Shah Rukh Khan. Oh, c'mon, the answer is Jab Tak Hai Jaan.The film turns 9 today. Can you believe it? No, right. Let us thank Anushka Sharma for reminding us. The actress played the role of Akira, a journalist in the movie. So, what did Anushka do on the special day?  She has shared a video featuring stills and some BTS moments from the shooting days to rekindle the memories. From Anushka and Shah Rukh Khan on a bike to Katrina Kaif's church sequence, the video will take you on a nostalgic ride. We also get to see some snippets featuring the late veteran director Yash Chopra. This was his last project.

Yash Raj Films has also shared a post on the occasion. The production house has picked a few shots featuring Shah Rukh Khan, Anushka Sharma and Katrina Kaif from the film and wrote, “A love till [infinity symbol]”.

In Jab Tak Hai Jaan, Shah Rukh Khan played the role of Samar Anand, an ex-army officer. Katrina Kaif portrayed the character of Meera Thapar in the film. Anupam Kher was also part of the project.

So what is your favourite memory of Jab Tak Hai Jaan?