"Shah Rukh Khan and Katrina Kaif, you guys are as warm and amazing as ever," wrote Anushka Sharma 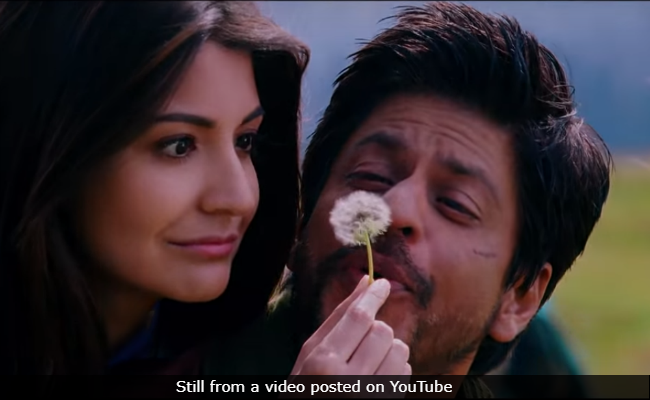 Anushka Sharma is reminiscing about her Jab Tak Hai Jaan days as the film clocked 6 years on Tuesday. The actress shared a special video along with an emotional caption on her Instagram profile. In her post, the 30-year-old actress shared her experience of working with late filmmaker Yash Chopra and wrote: "To be directed by Yash ji was nothing short of sheer magic." Anushka described the 2012 film in the most beautiful manner and added, "A film that has immense soul, love, joy and happiness." Anushka also acknowledged her co-stars in the film Shah Rukh Khan and Katrina Kaif, with whom she will be seen sharing screen space once again in her upcoming film Zero. "Shah Rukh Khan and Katrina Kaif, you guys were as warm and amazing as ever! Lots of love and a big hug to you," wrote Anushka Sharma. Though Katrina and Shah Rukh have not responded to Anushka's post but we'd love to see their reactions.

A film that has immense soul, love, joy and happiness. To be directed by Yashji was nothing short of sheer magic. @iamsrk and @katrinakaif, you guys are as warm and amazing as everrr! Lots of love and a big to you! #6YearsOfJabTakHaiJaan

Anushka Sharma even won a Filmfare Award for the Best Supporting Actress for her performance in the film. The film received massive praise for its direction and its songs which were composed by AR Rahman. The film's songs such as Challa, Saans, Heer and of course, the Jab Tak Hai Jaan poem became immensely popular among the audience.