6 Years Of Masaan: Vicky Kaushal Chooses A Musical Way To Thank Fans For "All The Love" 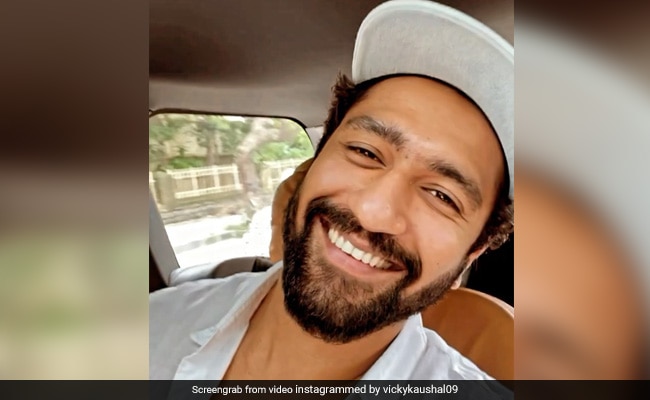 Vicky Kaushal in a still from the video.(Image courtesy: vickykaushal09)

As Vicky Kaushal's debut film Masaan clocked 6 years yesterday, the actor also completed a 6-year-long journey in Bollywood. The 33-year-old actor marked the day by sharing a video of himself to thank his fans for "all the love." There's more. The video isn't just a regular one, in fact, it features Vicky Kaushal mouthing the lyrics of one of the most loved songs from Masaan. Yes, you guessed it right. In the video, Vicky can be seen mouthing the lyrics of the song Tu Kisi Rail Si. He also gestured towards the camera as he dedicated a particular line from the song to his fans. Well, if this isn't the sweetest way to extend gratitude to your fans, we don't know what is.

Vicky Kaushal wrote a short emotional caption to go with the video. In the caption, he thanked his fans. "From me to you, for all the love you have given... far more than I ever dreamed of, probably more than I deserve. Thank You very much for these beautiful 6 years," he wrote in the caption. "Aap hain toh main hu, aapka pyaar nahi toh main kuch bhi nahi (I am here because of you, I am nothing without your love)," he added.

The actor's post received a barrage of comments from his fans and fellow celebrities. Among others, Ayushmann Khurrana commented on the post and dropped a heart emoji in the comments section.

Alternatively, Vicky also shared a still from Masaan featuring himself and a picture of the entire team of the film in a separate post. "24th July 2015. #forevergrateful," he wrote.