3 Idiots Sequel? Here's What Bomani Irani Has to Say 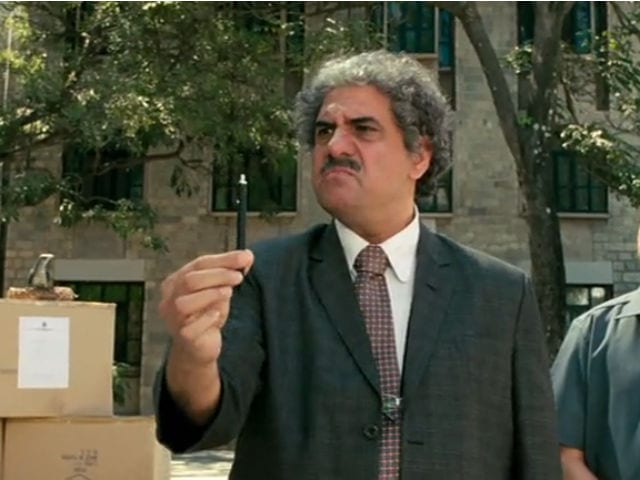 Bomani Irani in a still from 3 Idiots

Mumbai: Actor Boman Irani says he is unaware about stories regarding a possible sequel to the blockbuster 3 Idiots.

Aamir Khan, who played the lead role in the 2009 film, had reportedly said he would want a sequel to the film. Even director Rajkumar Hirani expressed interest in the same.

Asked about this, Boman, who played the role of strict college dean Viru Sahastrabuddhe in 3 Idiots, said while it may be a great franchise, he hasn't heard any talks for the sequel.

"Yes, everything is a great franchise but I've no idea about this talk, never heard it myself. I am hearing it for the first time. Right now, Raju is working on another film. So no, nothing like that as of now," he told PTI.

Boman, 56, is currently busy with pre-production of a biopic on Sanjay Dutt, which stars actor Ranbir Kapoor.

Promoted
Listen to the latest songs, only on JioSaavn.com
Quizzed about a possible Munna Bhai part three, the actor replied, "Well, he (Hirani) is busy with that film. So, one at a time. Believe me on this one," Boman said.